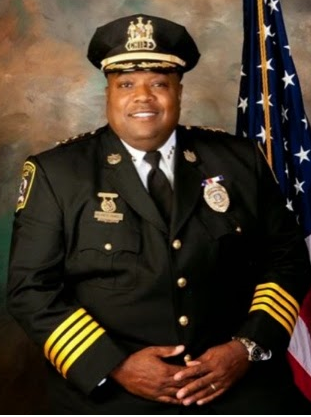 Kelvin Sewell is currently the Chief Senior Investigator at the Office of the State’s Attorney for Baltimore City, where he supervises twelve seasoned investigators. Prior to this position, he spent five years as Pocomoke City Police Department’s Chief of Police. Due to community policing practices he implemented, the crime rate in Pocomoke City fell to its lowest level in 30 years, including zero homicides during his tenure. Sewell also spent over twenty-two years with the Baltimore City Police Department, where his work included five years as a Task Force/Undercover officer with the Drug Enforcement Administration and supervisory positions in the Internal Affairs Integrity Unit, Narcotics Unit, and Homicide Division. Sewell was a highly decorated officer, receiving two bronze stars, five commendations, the Governor’s Citation Award for being named Officer of the Year in 1995, two House of Delegates Awards for Officer of the Year, and another Governor’s Citation Award for reducing murders in Pocomoke City by 100%. He is also the author of the five-star best-selling book, “Why Do We Kill,” which explores some of the most high-profile cases that he investigated. Sewell graduated from Coppin State University with a Bachelor of Science Degree in Criminal Justice. He has been married for over 30 years to a loving wife and has two lovely daughters.

Chief Kelvin Sewell: Looking beyond the Blue Wall of Silence