Over a hundred people from across the state attended this year’s Lobby Day and demanded action from their state legislators. From Western Maryland to the Eastern Shore, our members demonstrated that one way to make an impact in your community — and our state capital — is through advocating in person by meeting with your elected officials. 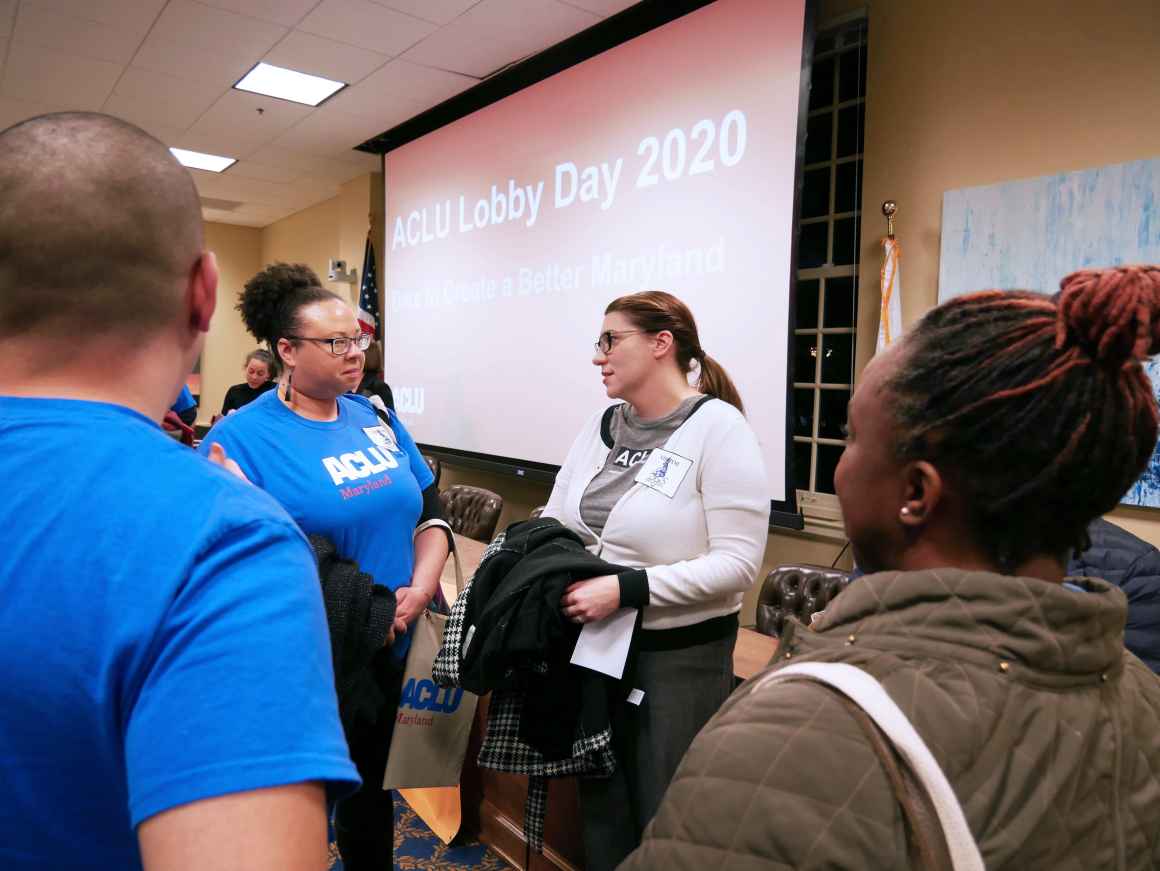 During the busy, impactful day, we heard from many different people about why they had come to Annapolis. Juliana Downey, a Frederick County resident, said: “I’m really hoping to see the full Trust Act pass in legislation this year, with hopefully a veto proof majority. In Frederick County, we have had the longest running 287(g) agreement under Sheriff Jenkins and I have watched people in my community live in fear and be afraid to go to law enforcement.”

287(g) programs are collaborations between ICE and local police that have little to no accountability for rights violations that occur and provide minimal training for police officers to essentially become ICE agents. When immigrants can’t call the police when they need help, for fear of being betrayed by their officers and turned over to ICE, the public safety of the whole community is threatened. The Trust Act would break these dangerous pacts between ICE and the police.

Karl W. Bickel from Frederick County focused on the importance of public safety in terms of transparency in policing. “I think the public information act is an important issue,” said Bickel. “Because as the Act is presented so far, it’s my understanding that they only want to release information in regard to sustained complaints against officers. You’re getting a very incomplete picture. You really need information in regard to the unsustained and unfounded complaints as well.” 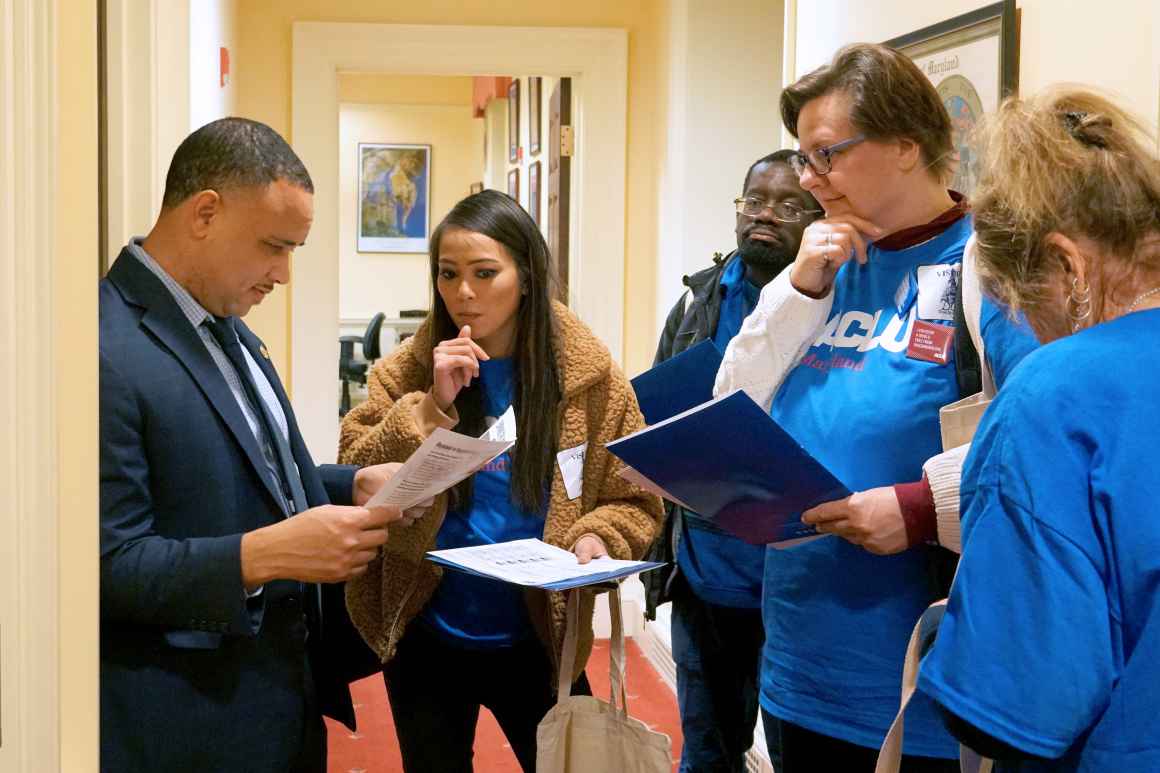 Sheila Bryant and Milton Mitchell from Prince George’s County both shared concerns about Maryland not having pre-release centers for women preparing to return to their communities after being incarcerated. Bryant said: “Women right now, they don’t have a stepdown process after its time for them to be released, a halfway house or minimum-security place where they can reacclimatize to being in society… They have nine facilities for men and none for women. That’s just unjust. Its inequitable.” Mitchell agreed, saying: “I think it’s shameful that the men have pre-release programs and the women don’t. I mean this is 2020… It’s shameful that we have to continue to come and fight for these bills.” 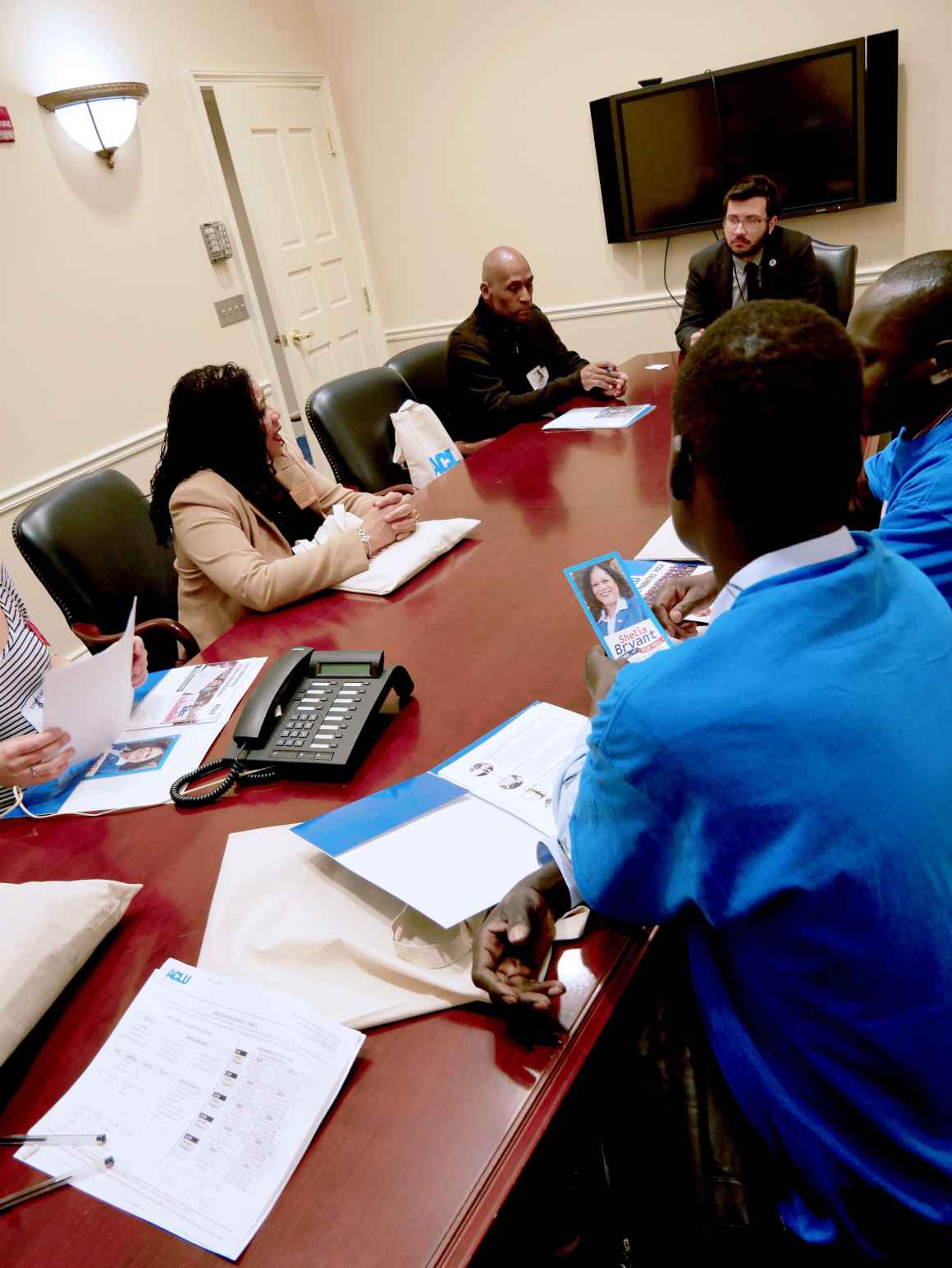 Currently, there is no dedicated lower-security facility for women preparing to return to the community from prison. Even though women face similar challenges to men upon reentry, such as barriers to housing and employment, men still have nine p re-release facilities, while women have none. The re-entry services available to women are inadequate, but the situation is even more unjust when compared to the services available to men.

Even a pastor from the community got involved on Lobby Day. Pastor Eliezer Valentin-Sastanon from Frederick County said: “For the work that I do as a pastor, all of these bills happen to be important. We touch lives in all those places.”

Part of the democratic process is allowing elected officials to hear from constituents. Milton Mitchell said: “It’s the opportunity to speak directly to them—to hold their feet to the fire. Because there is so many issues that are affecting our community today. As a constituent, I’m going to tell them exactly how I feel. There’s no better way than to say it face to face.” Shelia Bryant said: “It’s the democratic process. It’s giving you the opportunity to have your voice heard.”

Want to get involved? To learn about how to make an impact in Annapolis, and your community, join our email list.

Uplifting our Humanity and Rights During the COVID-19 Crisis (EP. 09)

Coronavirus: Give Everyone a Fighting Chance