Maryland's policing system is working exactly as intended. It's unacceptable. It's going to take all of us to reimagine policing so that the lives of Black and Brown people are protected. This work is necessary, not optional.

Please join the Maryland Coalition for Justice and Police Accountability and The Afro News for "The People’s Hearing on Police Reform in Maryland", a platform for reimagining what real police reform looks like for Maryland.

Thursday, October 29 at 6 – 8:30 p.m.
This is a virtual event.
(We will email you a link to join before this virtual event starts. Keep an eye on your inbox.)

After the police killing of George Floyd and many others, and the national outcry that followed, we have seen countless statements, social media posts, and other expressions of solidarity with Black Marylanders who have suffered police abuse. That's important, but more is needed.

Now is the time for us to commit to winning five impactful police reforms that will make a real difference statewide.

Join ACLU of Maryland and over 85 other organizations to demand that the General Assembly pass the following police reforms:

Are you looking for more ways to plug into this work?
We’re building a network of Marylanders who want to stay in the loop about critical actions and updates on impactful police change. Your voice is critical to this work. When you fill out this form you will receive a link to free downloadable #SayTheirNames poster.
Stay in the looP & Download a free #SayTheirNamES POSTER 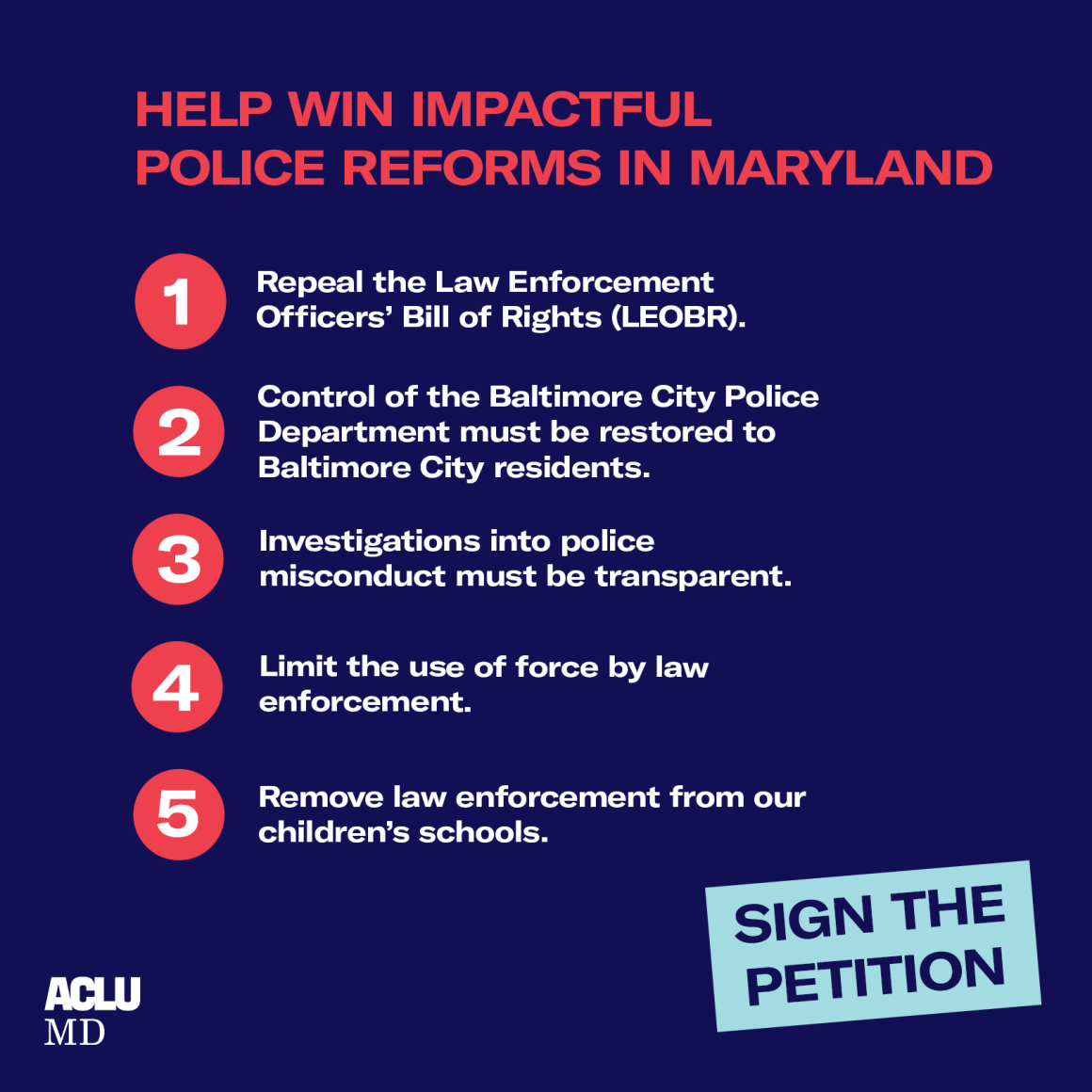