Disturbed that students at Bel Air High School were being required to delete a key scene in an upcoming student play, the American Civil Liberties Union of Maryland urged Harford County Public School officials to reverse course and permit the play to go on as written, so as to avoid a First Amendment clash.

The ACLU contacted the school system on behalf of students involved in the school's Bel Air Drama Company, who oppose the school system's censorship of their production. The students say they are prepared to perform the scene - called "They Fell" - in John Cariani's critically acclaimed play, "Almost, Maine", about falling in and out of love.

The ACLU contended the school system’s censorship of the scene violates students’ First Amendment rights. The scene features two male characters who discover they are in love with each other and humorously share that discovery. It includes no references to sexual activity, nor do the characters engage in any sexually suggestive behavior in the scene. In fact, the scene is less suggestive than other scenes in the play that depict characters falling in love who kiss, remove clothing, then leave the stage in a suggestion of sexual activity. The students believed that the only reason “They Fell” was removed from BADC’s performance, while the rest of the play was left intact, is fear of the expression of same-sex love or gay identity. That is unacceptable. 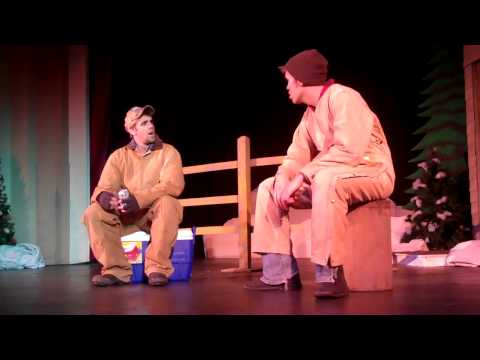 ACLU to Maryland Legislative Leaders: It is Constitutional for...

The Racist Past of Government Surveillance

Let’s Talk About Your Most Frequently Asked Questions