A Civil Rights and Liberties Guide to the 2019 Legislative Session

The ACLU of Maryland is a non-partisan organization dedicated to the preservation and enhancement of civil liberties and civil rights. In the legislature, we advocate for a broad range of rights—including access to justice, criminal justice reform, election fairness and voting rights, freedom of expression, government transparency, police accountability, prisoners’ rights, immigrants’ rights, equal protection, privacy, racial justice, due process, religious liberty, and LGBT and reproductive rights. The items below represent the issues we expect to dedicate significant time and resources to during the 2019 legislative session.

After rampant racial profiling was uncovered in the 1993, Maryland enacted a law to require police departments to report on traffic stops. That law needs to be updated in five ways:

Prior to 2016, persons convicted of felony offenses remained disenfranchised even after release from incarceration, until they had completed probation or parole. Fortunately, by an override of Governor Hogan’s veto, the General Assembly re-enfranchised persons convicted of felonies immediately upon release—this reform allowed some 40,000 Marylanders on parole or probation to vote.

The 2016 reform was an important step forward, but there is more to be done. Eligible voters in prisons and jails (i.e. persons convicted of misdemeanors or being held pretrial) must be given meaningful access to the ballot.

Enfranchising all Marylanders is not only a step toward restoring democracy, it is a racial justice issue as well—Black Marylanders represent 70 percent of the prison population despite comprising only 30 percent of the overall state population. The current law therefore has a diluting effect on Black Marylanders’ voting power. In the 2019 session, we will advocate for a feasibility study to assess the costs and practicality of accessing the ballot during incarceration.

The number of women and girls caught in the criminal justice system has grown substantially over the past few decades. In Maryland, women make up about 4 percent of the state prison population. The over-incarceration of women devastates their families and communities because of the barriers women face as a result of their criminal records, including challenges in obtaining employment and exclusions from certain occupations and housing opportunities.

Yet, the Department of Public Safety and Correctional Services operates no dedicated lowersecurity facility for women preparing to return to the community from prison. However, DPSCS has nine facilities dedicated to preparing men who are returning to the community around the state. The re-entry services available to women are inadequate as it is, but it is even more egregious in light of the services available to men.

The Maryland Public Information Act must be amended to allow Marylanders to learn how their complaints of police misconduct are handled. Currently, under the MPIA, complainants of police misconduct are only entitled to learn the disposition of their complaint and the discipline imposed. They have no right to know what depth of investigation was conducted and what information was considered in that investigation. Moreover, community members, members of the press, and advocacy groups are not entitled to any information about the way these complaints are handled.

The Department of Justice investigation of the Baltimore City Police Department revealed troubling patterns of abuse. Police abuse is not unique to Baltimore City and it is impractical to expect the Justice Department to investigate every jurisdiction throughout the state. Unless the MPIA is reformed, Marylanders will continue to be denied the basic transparency that would allow them to hold their local departments accountable.

The “Kirwan” Commission will release its final recommendations to revamp the public education system in Maryland. State analysts agree that Maryland schools are $2.9 billion short of funding even the current formula. The ACLU needs your help to push for a fair and equitable formula.

The ACLU of Maryland also will support legislation to create a positive school climate and reduce racially-disproportionate numbers of suspensions that are negatively affecting Black and Brown children in schools. Expanding restorative practices in schools helps children improve their behavior and strengthens communities.

In addition to the above-mentioned issues, we expect to continue our work on the following: 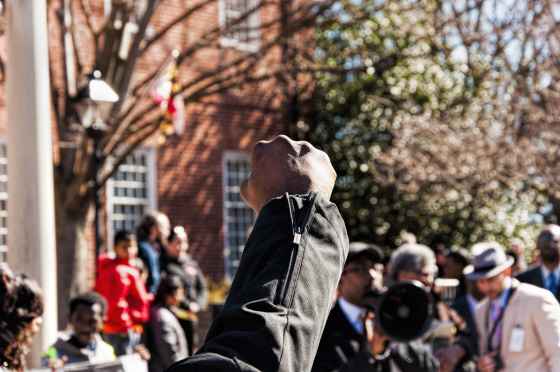