Determined to win justice and ensure that similar lockdowns never happen again, four residents of Baltimore’s Harlem Park neighborhood today filed a lawsuit against the Baltimore City Police Department (BPD) and former Police Commissioner Kevin Davis, charging that their state and federal constitutional rights were violated during a six-day, multi-block cordon of their neighborhood following the death of Detective Sean Suiter in late 2017.

In November 2017, the Baltimore Police Department (BPD) imposed a virtual police state on Harlem Park residents, following the death of BPD Detective Sean Suiter. BPD and Baltimore officials authorized an unprecedented multi-day, multi-block lockdown. During the lockdown, residents of this Black neighborhood were stopped by police, without any individualized suspicion of wrongdoing, any time they came and went from homes, were forced to identify themselves and show ID at each stop, and had their names run through law enforcement databases.

The police operation included a mobile command unit, armored trucks, police tape across each street and sidewalk entering the cordon, armed police posted on every block, alleyway, and corner, and police checkpoints at every intersection. Every resident was stopped and required to show ID any time they left their home, or sought to enter the cordoned area, for days on end, in violation of both their constitutional right to be free from unreasonable seizures, and in violation of BPD’s policies requiring “reasonable articulable suspicion” for such stops. The BPD’s actions barring residents from their homes, and barring non-residents, also violated their state constitutional right to travel.

For six days, Harlem Park residents had to carry identification with them at all times, and show identification at checkpoints, and often at their own front doors. They could not leave their homes without being accosted by police officers at their doorstep or at the nearest checkpoint. Their family and friends could not come over without police questioning and permission. Residents could not come home from work without reporting to a police officer. They could not bring their children to and from school without being stopped and questioned by police in front of their children. They could not step outside for any reason without being under surveillance and recorded. At times, some residents were also forced to have police escort them to and from their homes, answer questions about their personal lives, and get permission to go outside. Multiple residents also could not get to or leave their homes during the first day, and even into the 2nd day for some.

The plaintiffs also seek compensation for the Police Department’s violation of their civil rights. 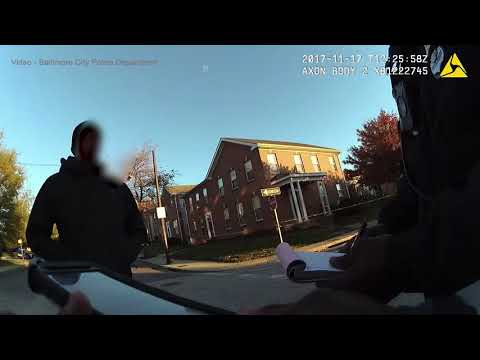 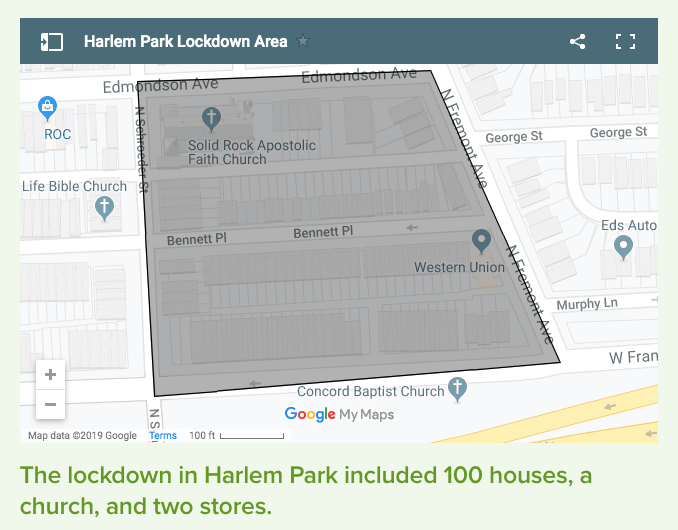 ACLU Speaks Out About Police Cordon Of Harlem Park, Baltimore