Abortion Rights Are On the Line

This past Saturday, as demonstrations were happening across the country, ACLU-MD Community Organizer Lorena Diaz attended a rally to defend abortion care in our state capital. During the rally, she spoke with power and vigor. Because enough is enough, as Lorena put it.

“We have been fighting for the rights to our own bodies for way too long,” Lorena said. “It is our bodies. It is our choice.” 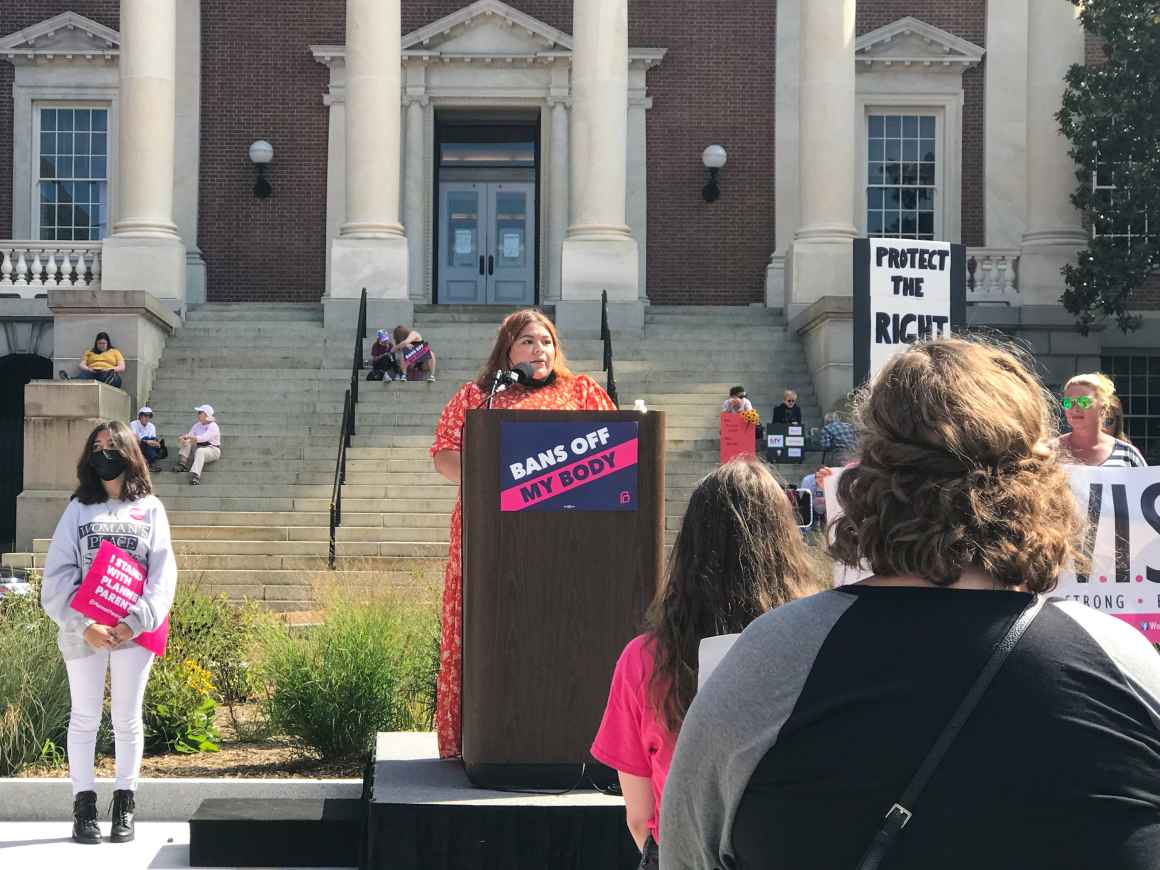 At the Annapolis rally, there were signs that read: “Bans off my body” and “Protect the right to choose.”

On Monday, activists held a similar protest outside the U.S. Supreme Court as the new term kicked off. Their message to the justices was about the urgent need to protect access to abortion care.

The U.S. Supreme Court will hear Dobbs v. Jackson Women’s Health Organization on December 1st, a case challenging Mississippi’s ban on abortion starting at 15 weeks of pregnancy. Mississippi is asking the Supreme Court to reverse its landmark 1973 abortion decision, Roe v. Wade. This could have a significant effect on abortion rights nationwide.

In the United States, different states are having their own challenges with abortion rights. In Texas recently, a federal judge blocked an abortion law that would ban an abortion after six weeks. U.S. District Court Judge Robert Pitman said that from the moment this law went into effect last month, "women have been unlawfully prevented from exercising control over their lives in ways that are protected by the Constitution." (Update: On October 8, two days after Judge Pitman blocked Texas' abortion ban, a federal appeals court temporarily reinstated it.) 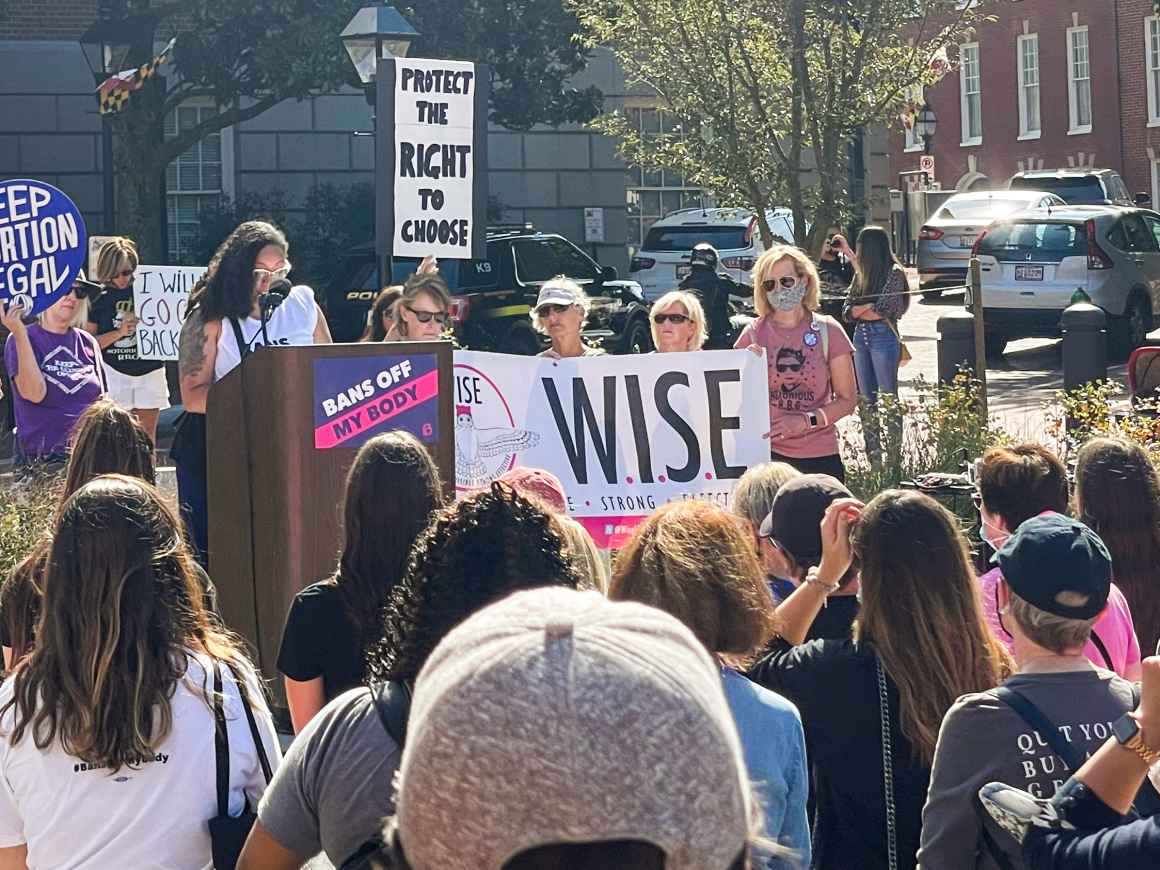 Locally, many state legislators have made clear that they will protect the right to an abortion and Marylanders have also proven that we will hold them accountable to that. In 1991, the Freedom of Choice Act was passed in Maryland that asserted the state could not interfere with a pregnant person’s right to decide whether or not to continue their pregnancy within the boundaries established in Roe v. Wade.

Soon after that bill passed, anti-abortion activists petitioned to referendum on the ballot – Question 6 in 1992. Thankfully, voters who supported abortion rights won with more than 60% of the vote and the law went into effect.

It is safe to say that Maryland is one of those states where the right to an abortion is well protected and will continue to be protected. While we understand that it is frightening to have your abortion rights threatened, the ACLU of Maryland will never stop advocating for abortion rights here and full access to this life affirming and necessary procedure. 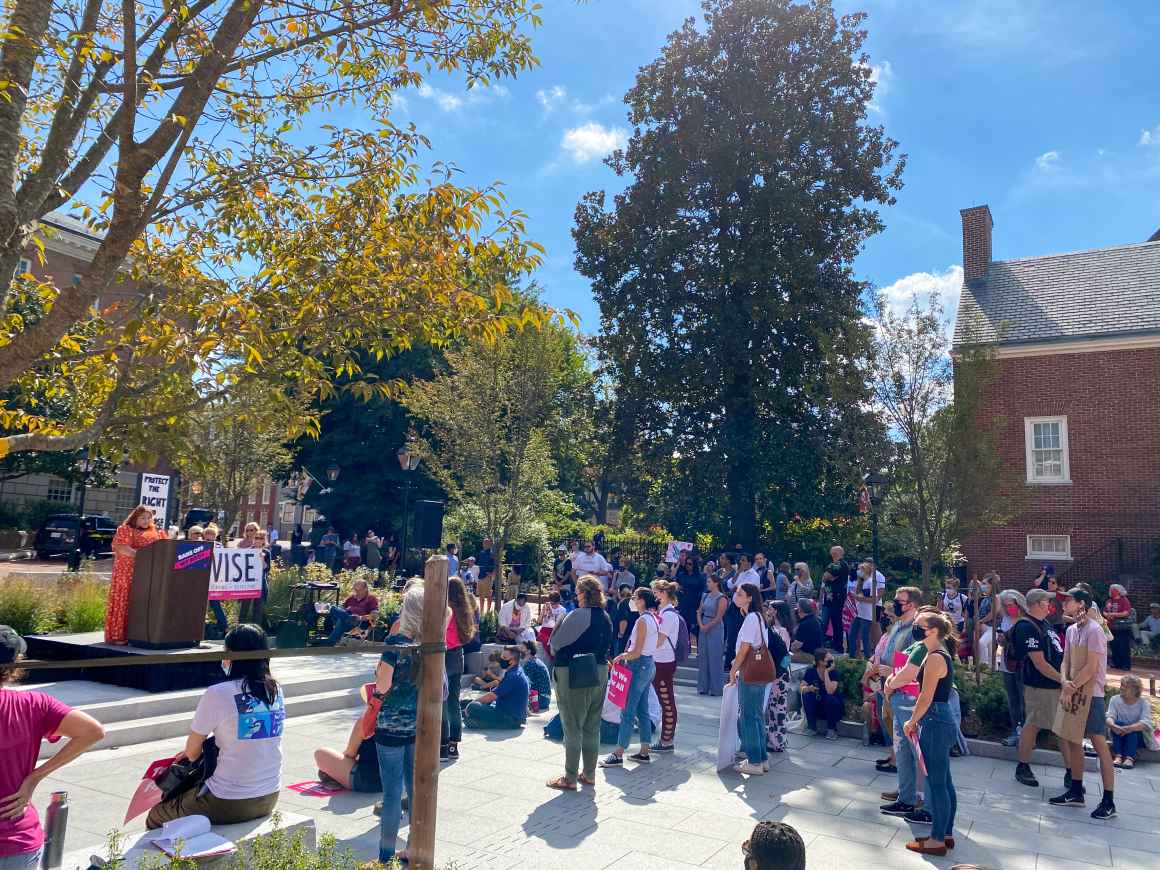 One big obstacle that many people who can get pregnant face when seeking abortion is cost. Depending on how many weeks along a person is pregnant, an abortion can range from $300 to thousands. In Maryland, 60% of people seeking financial help with the cost of their abortion reported an average cost of $3,500.

“Not having the financial means should not be the reason why someone does not have access to an abortion,” said Lorena. “Abortion isn't just about the right to choose, but also the right to access.”

Roe v. Wade must be protected and abortion must be accessible. Not only do abortions save lives, but it is completely inhumane and unethical to force a person to carry a pregnancy to term if they do NOT want to. Abortion is essential health care.

(Nicole McCann contributed to this piece.)

22 Inspiring Women From Maryland You Need To Know

White Supremacy is the Foul Soup We All Swim In – and We’re Done...