American by Birth and Continent

While some may see my family’s history as solely an immigrant story, I know my family’s story is as American as any other immigrant’s story in our country. My mother came to the United States back in 1984, during the Guatemalan civil war. My dad crossed over the border to be with her in Los Angeles. They had two children, me and my brother. My parents worked hard to provide for us and our extended family, despite facing years of minimum wage jobs and discrimination.

Sadly, my mother died in November ’89 from Leukemia. A heavy loss, that also impacted us financially, resulting in our move to Lynwood, CA. After the Rodney King uprising, my dad sent us to Guatemala. Six years later, my father was able to find better paying work in Maryland and asked my brother and I to move back to the states. 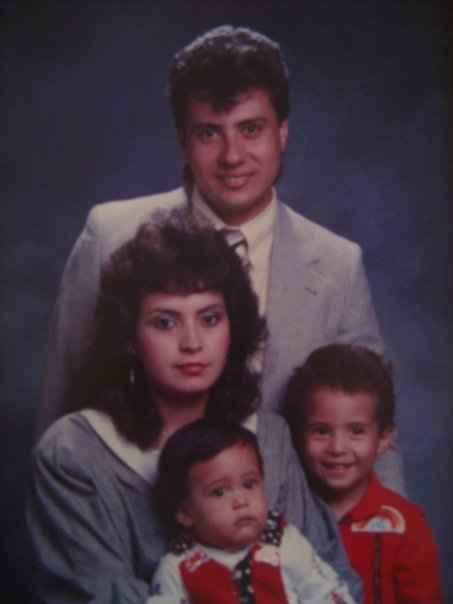 Photo: Mom, dad, my brother, and I

As U.S. citizens, and children, we never thought much of borders. We just knew there were loved ones far away no matter where we lived, but we never felt trapped behind one wall or another. In my 34 years, I’ve seen a lot of progress, but I’ve also seen how quickly it can go backwards. From supporting family members who went through perilous journeys to provide for their families, to being unable to visit my half-sister who, despite being an awesome parent with stable employment has been denied a visa time and time again, the realities of our broken immigration system became clearer and clearer each year.

I’m also very clear that what we are witnessing today is not just a continuation of broken immigration policies and short-term political solutions. It is abhorrent. The Trump administration has pieced together as many flaws in our immigration system as possible to scapegoat immigrants and instill fear in children and families.

This is why I’ve been really grateful for Sanctuary DMV’s work and the ACLU of Maryland’s partnership with the organization. 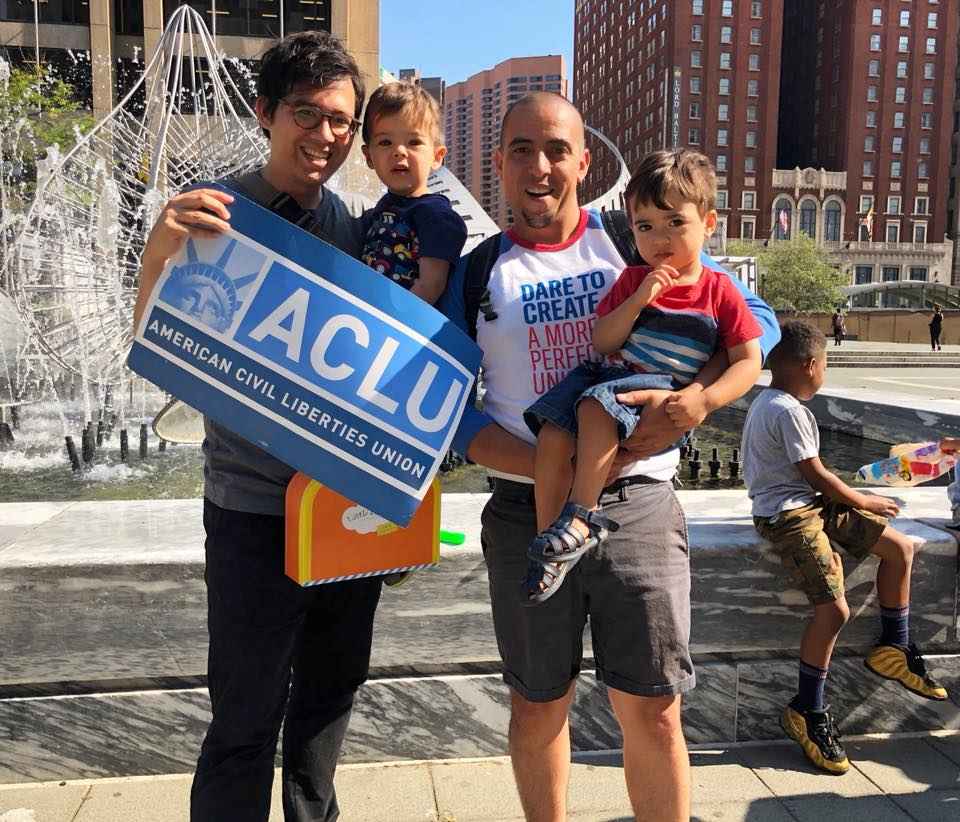 Photo: My coworker Nick Steiner, and our little ones, joining a Sanctuary DMV protest outside Baltimore’s ICE headquarters.

Sanctuary DMV is a network of volunteers across the state, and throughout the DC/MD/VA region, that supports incoming immigrants. When people come from the border and have their first immigration check in, volunteers are on call to accompany folks to those check ins. They help people who don’t speak English or don’t have transportation. It’s been powerful to have the chance to be with those families that first show up to the states and demonstrate that there is not just a few of us rooting for them. There is a vast network of Americans, grateful for them being here.

Not only has Sanctuary DMV offered support to new immigrants, but they have supported long-time residents like Abegninan Amouzou, better known as Coach Fofo, who has been here for more than 20 years and was at risk of deportation. As a beloved soccer trainer, father, and husband, Coach Fofo means a lot to many people, especially in Montgomery County where he’s long been an active member.

The ACLU was proud to partner with Sanctuary DMV to hold rallies outside of the Immigration and Customs Enforcement (ICE) office at the same time as Coach Fofo’s regularly scheduled check ins. The community wanted Coach Fofo to feel supported and send a message to ICE that we were watching and did not approve of how ICE so coldly chooses Marylanders for deportation.

It’s also very clear that the deportation machine’s purpose is not to reduce crime. (Most people are deported for nonviolent offenses.) No, the deportation machine’s sole purpose is to scapegoat immigrants, especially Black and Brown ones. Nevertheless, immigrants of color are valid and we must recognize and support our Black, Indigenous, and Brown community members.

Sanctuary DMV has consistently provided support to so many people. We have a strong community with neighbors that have each other’s backs, which shouldn’t be overshadowed by those who over and over again refuse to see our humanity. It’s an illusion they choose to live under and, unfortunately, it seems like the core of their identity to refuse to see humanity in others.

However, our immigrant community will continue to celebrate ourselves along with our neighbors and allies because immigrants have as much a right to be a part of our community as everyone else. During this Latinx Heritage Month, we have so much to celebrate.

If you’d like to get involved with Sanctuary DMV, please follow them on Facebook and attend their teach in coming up this month on keeping ICE out of the DMV. Trainings to be an on-call volunteer occur every couple of months. Bilingual folks or those with transportation are highly needed. Help is very much appreciated. When we recognize that we all want to be free and pursue happiness, that’s when we will create change and live up to our country’s ideals.

(Photo at the top of the page: Photo of grandpa, uncle, brother, and I)

Still Rising: How the Latinx Community is Exercising Their Power in...

Advocating for Our Rights and for Compassion