Eli McBride stood in front of an audience of people at a Stoop Storytelling event last November and spoke her truth. “The thing you probably don’t know about me is that I am transgender. That means I was assigned a male gender at birth but that was a complete and utter mistake.” She would later become a vocal advocate for transgender and gender-nonconforming rights and testify at  Baltimore City school board (Board) meetings for passage of Sex-Based Discrimination Policy Proposed Policy – JBB (Policy JBB), a non-discrimination policy already in place that would be expanded to include transgender and gender-nonconforming (TGNC) children.
Eli came out to her family as a transgender girl in 2016 when she was seven years old. Her mom, Stephanie Safran, said she wasn't shocked when Eli told her she was a girl. There had been signs that Eli was transgender. After telling her family, Eli had to come out at school. It wasn't planned, she just made an announcement one day in class. According to her mom, it didn’t go very well with her peers, who were confused. “They contradicted her and they belittled her, and some of them mocked her. She was crushed,” said Stephanie. After spending a year gathering resources as a family, and coordinating with Eli's supportive second-grade teacher, she came out at school again. She gave presentations to all of the other second graders and answered their questions. That time went really well.
Roland Park Elementary Middle School has a Gay-Straight Alliance (GSA) group that was started to provide a safe and inclusive space for all genders and sexual orientations. Stephanie said it was the children in the GSA (some of whom are gay and/or trans, but many others are straight and/or cis-gender) who lifted Eli back up and helped her feel confident in saying who she is. “They made her feel like a rock star,” said Stephanie.
With the support of the GSA, Stephanie and Eli worked with the school administration and teachers to educate everyone about trans identities. “We were lucky because our school leader had a heartfelt belief in the value of diversity and inclusion,” said Stephanie. But they didn’t have any preparation for how to actually support a transgender child.
Eli, her family, and the GSA worked tirelessly to educate school leadership and staff about Eli and transgender issues. Former Principal Nick D’Ambrosio (now at Academy for College and Career Exploration) became an important ally for Eli and all the LGBTQ students at the school. He established a school-wide policy that all teachers and school staff were expected to use a child’s preferred pronoun, as well as designate a gender-neutral single restroom with a locking door that was available to anyone who needed privacy. But, it should not be the child’s responsibility to educate and prepare school staff on how to support TGNC students.
Through this experience and the support of her parents, Eli stepped into her role as a young activist for TGNC students across Baltimore. When she testified at a 2017 Board meeting in support of proposed Policy JBB, she came out to the whole city. If passed, the policy would expand the Baltimore City School System’s current sexual harassment and non-discrimination policy by clearly defining gender-based harassment, enacting important protections, and defining the rights of TGNC students in City schools.
Two years later, Policy JBB is still under consideration but close to a vote, so Eli went back to testify. “I have to be honest, I don’t know what took you so long,” Eli said. “But I am glad we are here now and you are finally making some progress.” (Read her full testimony below.)
The Baltimore City LGBTQ Affairs Office, GLSEN Maryland, and Kimberly Mooney, Roland Park Elementary Middle’s GSA adviser, Wide Angle Youth Media, among other advocacy groups provided support for this policy and advocated for its passage for years. The ACLU of Maryland testified in support of Policy JBB because it will give students and their families the opportunity to defend themselves against any shameful attempts to isolate and stigmatize them. Eli’s mom, Stephanie, doesn’t want other Baltimore City schoolchildren to have to spend precious time and emotional energy doing the work of educating school staff. Policy JBB is necessary and should be passed and implemented as soon as possible.
As Stephanie points out: “[I]ncluding trans and gender non-conforming kids in the district's non-discrimination policy does point out a glaring need. There is a huge need in our district for more awareness and education about who trans kids are and what steps can be taken by school leaders to make the school a welcoming and supportive place for them. Because every single kid in a Baltimore City school deserves to feel welcome and safe at school.”
In solidarity with TGNC children in the city, last week, the Baltimore City Council unanimously passed a resolution supporting Policy JBB. Councilman Zeke Cohen took the opportunity to urge the Board “to affirm the identities of LGBTQ students, parents and educators,” without delay. “Over the next few weeks, the City Council will introduce legislation to increase safety and support for this community. Our legislation will be centered in the lived experiences and leadership of our LGBTQ brothers, sisters and siblings,” Cohen added.
The Board will vote on Policy JBB at the meeting on April 9. There are several ways to get involved to show support for Eli and other transgender and gender-nonconforming children in Baltimore:

"Good evening. I am Eli McBride, a 4th grader at Roland Park Elementary Middle School.
First, I would like to tell you something I believe, and that is that equal rights for everyone (including animals) is very important.
I also want to remind you that I have spoken to the board before. Two years ago I came to this board to request a policy to protect the rights of transgender and gender non-conforming kids. I have to be honest, I don’t know what took you so long. But I am glad we are here now and you are finally making some progress.
I am a transgender kid and I think that Baltimore City needs to have a very clear policy; no one in a Baltimore City School should be able to discriminate against or bully anyone who is trans or gender non-conforming, like my friend Lila.
The constitution clearly states that all people have the right to liberty. Allowing bullying or discriminating against people just for being themselves would be unconstitutional — and just plain wrong.
Being transgender isn’t easy. Walking into a room full of your classmates to announce that you are trans isn’t easy. And when I announced it to my classmates, some of them didn’t believe me or understand. Being trans takes determination, and you need good support. It took a whole year to get my teachers and school administrators to understand, and to help explain to everyone else about my identity.
I’m lucky — people at my school are pretty accepting and supportive. But I have faced some teasing and some discrimination from a few students. When that happened, we had to have a meeting with them and their parents and the school psychologist to talk about it. It wasn’t so bad. My mom made cookies, and they apologized.
I want to make sure that every principal and every teacher in this district knows what transgender or gender non-conforming means, and how to support trans and gender non-conforming kids.
Please pass this policy and make our schools a safe and happy place for everyone." 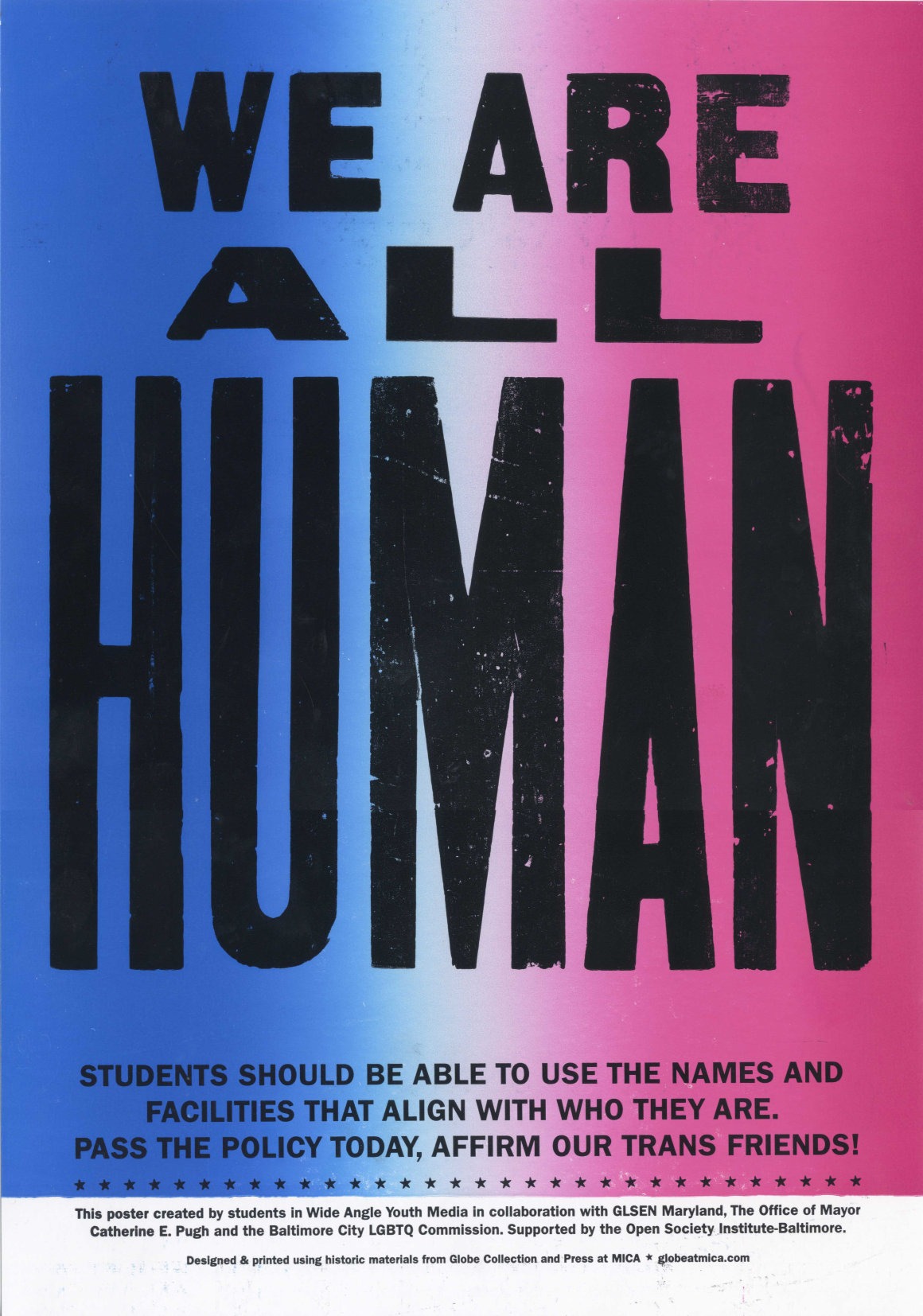 SUPPORT DUE PROCESS FOR CHILDREN