The Cruel and Archaic Practice of “Restrictive” Confinement

On March 12, the Maryland Judiciary Committee considered HB 1001/ SB 774, which would limit the use of “restrictive housing” – the State’s term for solitary confinement – on children.

More than 20 constituents arrived to testify in support of reducing the practice of “restrictive housing.” The United Nation's Nelson Mandela Report highlights the Standard Minimum Rules for the Treatment of Prisoners, which defines solitary confinement as “confinement of prisoners for 22 hours or more a day without meaningful human contact.” While “restrictive housing” is still legal in the United States, the United Nations holds that isolating anyone for more than 15 days (“prolonged solitary confinement”) should be prohibited.

The UN particularly denounces the use of solitary confinement for people with mental or physical disabilities, and says any such measures, even remotely like solitary confinement, should be prohibited for children. SB 774/HB 1001 would effectively reduce the use of “restrictive housing” on our most vulnerable population, children.

Akeem Browder came to Maryland to testify during this week’s legislative hearing. Akeem was the brother of Kalief Browder, whose case in New York has received national attention after he was arrested at 16 and wrongfully imprisoned for three years, spending two of those years in solitary confinement. “We call it solitary confinement,” said Akeem. “Some people call it punitive segregation, or administrative segregation, or ‘special’ housing, and all of these different terms try to make it more palatable for the public to accept and at no point, should this be accepted.”

Kalief Browder was detained as a child for the trivial offense of stealing a bookbag. Three years later, Kalief was never given a trial and those charges were eventually dropped. However, Akeem said, the years of imprisonment and solitary confinement had long-lasting effects on his younger brother. Kalief repeatedly attempted suicide before he was released, and again after he was released, even as he went back to school and tried to pick up the pieces of his life. Two years after he was released, Kalief hung himself. Akeem said, “Solitary confinement conduces suicide.”

Eilene Siple, whose adopted son was placed in solitary confinement, described the cold cells as having walls with “peeling paint,” no windows, and a bright “overhead light that was always on.” Children in these cells listen to the screams of others for hours and are not allowed possessions, like books, soap, or toothbrushes.

Kahari Finley, 15-years-old, also testified about being confined in a cold cell for hours. Kahari said, “I’ll never forget the police officer telling me if I didn’t calm down, he’d chain my other hand to the bench too.” The Prince George’s County Police Department detained Kahari for riding a dirt bike, a harmless activity that children often participate in. He had committed no crime, but was kept for hours chained to a bench. “My wrist was hurting. It was painful,” said Kahari.  His mother, Qiana Johnson, was at the hearing, too. “We were created to be in fellowship and communication with other people,” said Qiana. “When you remove that human aspect of life, what you then have is trauma.”

Urge your legislators and delegates to vote favorable on HB 1001/ SB 774 to reduce the practice of solitary confinement for children. Maryland now has five years of data, from the Department of Public Safety and Correctional Services, showing an overuse of “restrictive housing.” Together, we must demand an end to this practice of torture. 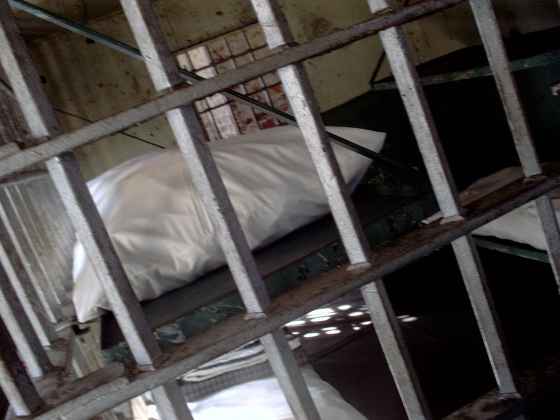 When Parole Becomes a Lottery

SUPPORT DUE PROCESS FOR CHILDREN