On March 15, Ms. Hui Fang Dong and her three children— ages 14, 11, and 9 — appeared before Judge George Hazel at the United States District Court in Greenbelt to fight ICE’s cruel “bait and switch” tactic. Her husband, Wanrong Lin, himself could not be present because he was working at their family restaurant in St. Mary’s County, and because he was scared of what might happen if he entered another government building again.

In August 2018, the couple had been lured into Baltimore’s USCIS immigration office to complete the required marriage interview of the Green Card process, only to have ICE cruelly snatch Wanrong away and separate him from his wife and three children, who were waiting in the next room. There was never even a chance for goodbyes.

The family is suing the Department of Homeland Security for ICE’s violation of its own regulations. In an effort to help families avoid long, grievous years of separation, the federal government in 2016 expanded the rules for the process of citizenship to allow people, even those with deportation orders, to remain in the United States while they sought legal status from their valid marriages to U.S. citizens.

Excited by the promising new rules, Hui Fang, a naturalized U.S. citizen, petitioned for Wanrong to remain in the US while he went through the steps to obtain a Green Card. After completing the necessary paperwork, attending the marriage interview, paying the $535.00 filing fee, and hiring an attorney to assist them in their goal to secure Wanrong’s Green Card, the couple’s petition was approved. Wanrong was authorized to move forward in his citizenship process. But immediately after having the petition approved after the marriage interview, Wanrong was arrested by ICE.

Nick Steiner, one of the ACLU lawyers representing the family, spoke out after the court hearing: “We are challenging the ICE policy of arresting people when they come in for their marriage interviews. These actions are not isolated events.”

ICE’s bait and switch deportation tactic has occurred across the country, with reported cases in Florida, Massachusetts, New York, and New Jersey. The practice leaves families, like Wanrong and Hui Fang’s, fighting to stay together in their homes for merely following government protocol while trying to obtain legal status.

“They’ve used the process to lure Mr. Lin in,” said Steiner. “There is a due process right of not having the rules changed on you without any notice, and being arrested at a necessary piece of the provisional waiver process violates due process.”

Judge Hazel listened to both sides of the arguments, while periodically asking clarifying questions. While listening to the lawyer for the U.S. Department of Justice, Judge Hazel questioned whether or not arresting people at their interviews “rendered the entire process useless.” The DOJ lawyer ignored the broad implications of the practice, replying that it may “frustrate the process for that person.” But as ACLU’s Steiner made clear, “This ‘bait and switch’ tactic renders the whole process pointless.”

After the court hearing, Hui Fang expressed her feelings of anxiety. “We are still worried, even though he’s back,” she said. “My husband is very nervous because the case is not resolved.”

“Mr. Lin has been here for 25 years,” said Steiner. “He’s paid taxes. With his wife, they started a business and family together. He has established himself here. The Lins are a part of the Maryland community.”

The ACLU is deeply concerned that when families legally follow the necessary steps to obtain citizenship, they are still at risk of being unlawfully captured and ripped away from their families, homes, and communities. “We want people to know that the immigration process is extremely complicated,” said Steiner. “We need to protect families, like the Lin’s, and support keeping families together and protect their rights to due process.” 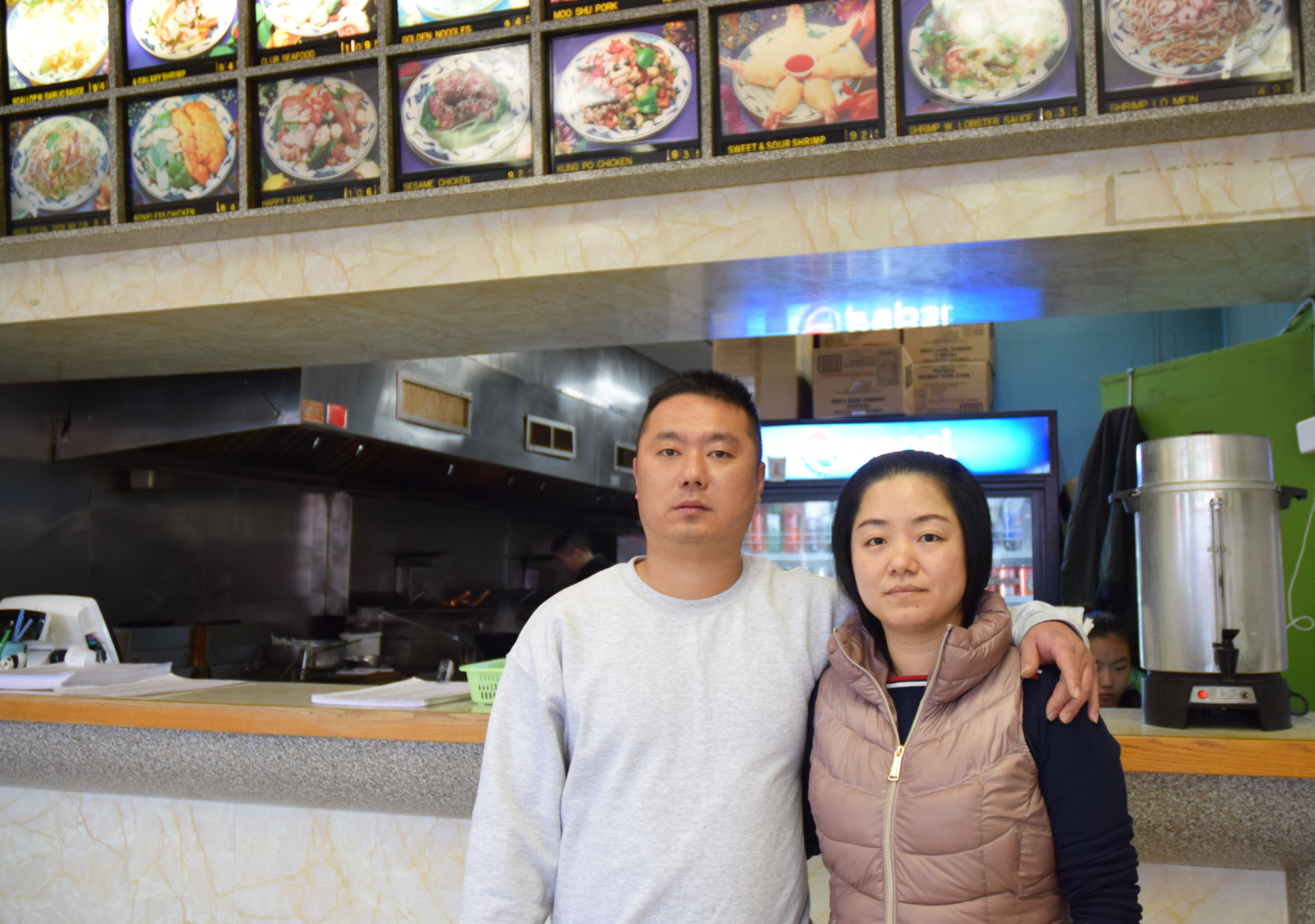 Residents of the small town of California, in Southern Maryland, Mr. Wanrong Lin and Ms. Hui Fang Dong, were separated by ICE’s “bait and switch” practice. Like other ICE offices across the country, the Baltimore ICE office is detaining and deporting non-citizen spouses of U.S. citizens when they show up for appointments required as part of the process established by the federal government to allow those spouses to obtain legal status to remain in the United States. In late 2018, the ACLU of Maryland filed suit in Greenbelt minutes before ICE put Mr. Lin on a plane for deportation to Shanghai, China.

In a remarkable and dramatic turn of events, federal judge George Hazel convened an emergency hearing after the plane took off and was en route to China, heard arguments while the plane remained aloft, and shortly before touchdown ruled that ICE had treated Mr. Lin in an “arbitrary and capricious” manner, in violation of its own regulations, ordering Mr. Lin’s return to the United States. He was subsequently returned to Maryland by the State Department, and rejoined his wife and three U.S. citizen children in time for the winter holidays.

We are challenging ICE's bait and switch tactic and fighting for Mr. Lin's right to secure permanent residence in the United States.

Show PDF in viewer on page

Demanding Accountability from the Police and Courts

Advocating for Our Rights and for Compassion

New Thinking Freely Podcast Episode - “Know Your Rights: What to do...