Our legislators must override Governor Hogan’s vetoes to create a better Maryland for all.
By Neydin Milián, Communications & Writing Coordinator, Communications 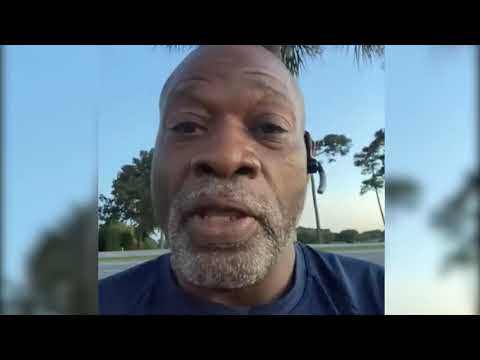 The December special session of Maryland’s General Assembly is drawing near. Bills that were vetoed by Governor Larry Hogan have a chance to finally make it into law if our state legislators override his vetoes next month. We are advocating for veto overrides for three urgent bills passed in the 2021 session: Parole reform to take the politics out of our parole system (SB 202), a bill to prevent collaboration between ICE and the MVA and to protect the privacy of Maryland immigrant drivers (HB 23), and Dignity Not Detention (HB 16) to ban private immigration detention centers. While these three issues may not seem related, they are all most definitely issues of racial justice.

Maryland has some of the worst racial disparities in the nation with respect to people serving life with parole sentences, shamefully tying our state with places like Louisiana and Mississippi. Nearly 80 percent of Marylanders serving life with parole sentences are Black, even though Maryland’s population is only about 30 percent Black. That is a stark racial disparity.

Another stark racial disparity is our country’s deportation statistics. In the nation, deportation statistics show that in 2018 the top 4 nationalities deported from the United States were of people from countries in Latin America, even though immigrants come from all over the world. This means that immigrants are being racially profiled for the way they look before they are unjustly detained and deported.

These are all urgent racial justice issues. We need to take the politics out of parole. We need to protect immigrant drivers from being unfairly racially profiled. And we need to pass the Dignity Not Detention bill in order to do right by Black, Indigenous, and Marylanders of Color.

Right now, 2,100 people serving parole-eligible life sentences do not have a fair shot at earning release due to our broken parole system. Maryland is one of three states in the nation that requires the Governor to approve the recommendations of the Parole Commission before an individual may be paroled. This injects politics into a system that should be based on only the merits and rehabilitation of a person.

Calvin McNeill was one of the many Marylanders serving a parole-eligible life sentence who was impacted by this unjustly politicized system. He had long proven he deserved freedom, earning multiple recommendations for parole, only to be denied by Maryland Governors. The only reason he was able to gain his freedom was by going to court for resentencing. The second chance he earned was denied him by the governor under our broken parole system.

Calvin McNeill said: "I spent 39 years incarcerated for something I did at 16 years old. Me and others were sentenced to life in prison, but it was with the possibility of parole. When the governor made that statement, ‘life means life,’ he took away all hope and possibility from everyone inside those walls.”

When a person given a parole-eligible life sentence has done everything that is asked of them and is rehabilitated in the eyes of the Parole Commission, yet they are still likely to die in prison, it is morally wrong and cruel to allow this parole process to continue.

Lives depend on reforming both our parole system and our immigration system. Our immigrant neighbors, friends, and family face dangerous racial profiling at the hands of police and ICE who collaborate together and then unjustly detain them. Private immigration detention centers and collaborations between the police and ICE are forms of oppression for Black, Indigenous, and Immigrants of Color. No one should be profiled for their race.

This cannot be allowed to continue. Ending private immigration detention in Maryland, including prohibiting local jail contracts to house detained immigrants for ICE, and prohibiting law enforcement from inquiring about citizenship or immigration status during a stop, search or arrest, should be a priority for us all.

We must honor and protect the rights and dignity of immigrants in Maryland. Because whether racists want to admit it or not, all Marylanders, that includes BIPOC immigrants, must be empowered to fully participate in society, have their constitutional rights respected, and live freely regardless of citizenship or legal status.

Once the Governor’s veto of the Dignity Not Detention bill is overridden, we will have sent a message to everyone in the state that immigrants are welcome here.

What would also cement protections for immigrants in our state is protecting their personal information. Currently, research from the Center on Privacy and Technology at Georgetown Law Center shows widespread data-sharing between the Maryland’s Motor Vehicle Administration and ICE. ICE can obtain personal information and even run facial recognition searches for anyone who applies for a Maryland driver’s license.

With this current program we have grave concerns for immigrants’ civil liberties and the risks of mass surveillance with no oversight. Given the racial disparities in our deportation and policing statistics, we have no doubt that ICE is targeting Black, Indigenous, and Immigrants of Color. Fixing this privacy nightmare is a racial justice issue that needs to be addressed. Our immigrant community is being left vulnerable and it is unacceptable.

Let’s build a better Maryland by fixing our parole system, protecting the privacy of Maryland immigrant drivers, and ending private immigration detention in Maryland. Our neighbors, family members, and friends who have been rehabilitated should not die in prison in vain. Their lives matter. Our immigrant neighbors and family members’ protections and privacy rights also depend on the Dignity Not Detention bill and an immediate end to the collaboration between the MVA and ICE.

Together, we can get this done.

Tell your legislators to override Governor Hogan's veto override and take politics out of parole once and for all. Vote YES on SB 202.

Tell your legislators to override Governor Hogan's veto override and protect the privacy of Maryland drivers who are not citizens. Vote YES on HB 23.

The Promise of Parole Should Be Honored