This Week in Civil Liberties - March 1

From banning discrimination against pregnant women in the workplace to cell phone location tracking, check out this week's roundup of civil liberties issues we tackled in Annapolis.

"Shackling women during labor is inhumane, dangerous, and unnecessary.  Maryland needs to codify a statewide ban to ensure that no Maryland woman ever undergoes this barbaric practice again."

The year might be 2013 yet across the country, including here in our own state, detained and incarcerated women are shackled during their second and third trimesters and during labor.

That is why the ACLU of Maryland along with the Maryland State Conference of NAACP Branches and Power Inside, an organization that works directly with incarcerated women, testified this Tuesday in support of House Bill 829 - which would prohibit the shackling of pregnant women during their second and third trimesters.

Listen to Danielle's story to understand exactly why Maryland needs to ensure this inhumane and dangerous practice doesn't happen again: 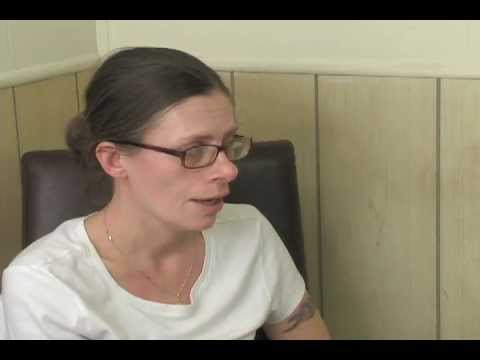 Want to track a cell phone's location? Get a warrant.

The ACLU of Maryland testified on Tuesday in favor of House Bill 887- which would require law enforcement to obtain a search warrant based upon probable cause in order to obtain cell phone tracking information.

In the current age of technology, vast amounts of our personal information is contained in the devices we carry around in our pockets. Arguably, the one device that has expanded the surveillance capabilities of law enforcement (at the expense of individual privacy) the most, are our cell phones.  In fact, in 2011 alone, cell phone carriers responded to at least 1.3 million requests for subscriber information from law enforcement.

That's why probable cause and a warrant are critical to ensure that there is good reason for police to learn everywhere someone travels with their cell phone.

"All cell phones register their location with cell phone networks several times a minute, and knowing a person's location over time reveals a great deal about who a person is and what he or she values. That is why the government should have to obtain a search warrant based upon probable cause before tracking cell phones."

Equality for Pregnant Women in the Workplace

Should pregnant women have to jump through unnecessary hoops in order to be treated fairly in the workplace? The ACLU of Maryland doesn't think so.

While the Pregnancy Discrimination Act requires employers to treat pregnant women in the workplace the same as other physically limited workers under the Americans with Disabilities Act - employers have been ingenious in devising ways to differentiate between the accommodations they offer to pregnant woman versus the treatment of other workers who are temporarily disabled.

This different, unequal treatment too often means that pregnant women are forced into unpaid leave or sometimes fired altogether when their employers refuse to make even the simplest of temporary modifications to their job requirements.

That is why the ACLU testified in favor of Senate Bill 784, which clarifies and explains employers' obligations to provide the same, equal treatment to pregnant workers as they would to any other temporarily physically-limited workers.

This Wednesday, the ACLU of Maryland testified in support of Senate Bill 394 - a bill that would make the use or possession of marijuana a civil offense, punishable by a fine not exceeding $100 instead of imprisonment. Decriminalizing marijuana possession would be a significant step in reducing the state's biased, bloated prison system.

At the hearing, Sara Love testified about why change is needed:

"Maryland's overly punitive and racially imbalanced approach to marijuana possession simply doesn't work and wastes money. There is an opportunity to build on last year's reforms and reduce our overpopulated prisons by making the use or possession of a small amount of marijuana a civil offense, rather than a criminal offense."

In fact, Maryland taxpayers spend over $1.1 billion, per year, to maintain prison system, which has tripled in size since 1980 largely due to the failed War on Drugs.  And yet even though research has shown whites and blacks have similar drug use and distribution, the vast majority of people incarcerated for drug offenses are black:

The Justice Policy Institute found that in 2003, African Americans represented 28 percent of Maryland's population, but accounted for 68 percent of all drug arrests, and 90 percent of all those imprisoned in the state for a drug offense.

The ACLU of Maryland this week testified in opposition to Senate Bill 807, which would require counties to contract with law enforcement to provide an officer in each elementary and secondary school. School police officers ultimately spur the criminalization of students -- taking them out of school and on the road to prison.

While the rationale for having police in schools is to address serious and deadly violence, in fact virtually all school policing programs are significantly broader in scope.

Instead of addressing the need for greater school safety, numerous studies and anecdotal evidence have shown that the presence of police officers in schools results in the criminalization of students for such offenses as minor fights, drawing on a desk, or temper tantrums. Police presence leads to students being ticketed, or even arrested, for these typical acting-out behaviors.

"The daily presence of school police officers winds up criminalizing students for mostly minor discipline issues that historically - and properly - were handled by educators. We can all agree about the importance of keeping students physically and emotionally safe, but putting police officers in schools does more harm than good."

The ACLU believes that the election of public officials is an essential aspect of a free society and the integrity of the electoral process is a principal civil liberties concern.  At the same time, however, ACLU is concerned that election campaign reforms are sometimes achieved by means that sacrifice other civil liberties values, especially freedom of expression and rights of association.

That's why the ACLU of Maryland supported Senate Bills 583 and 584 this week, which would establish a system of public financing of campaigns for local elections and certain candidates for the General Assembly.

Public financing would make public officials more accountable to voters in general and less beholden to the often-narrow economic interests of a few big contributors. It would also allow public officials to do their jobs instead of raising money.

Stay tuned and revisit us next week for our weekly roundup of civil liberties during the 2013 General Assembly session!