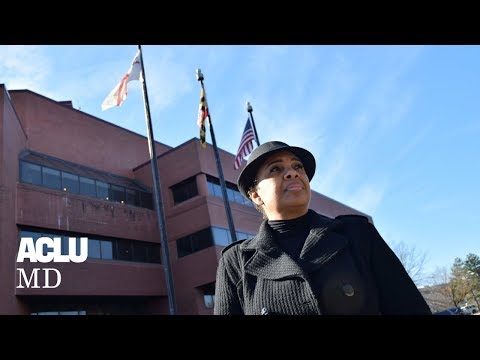 GREENBELT, MD – After years of being forced to endure a work environment pervaded by race discrimination and retaliation that also contaminate relationships between police and the community, 13 Officers of Color with the Prince George’s Police Department (PGPD), along with the Hispanic National Law Enforcement Association and the United Black Police Officers Association, today filed suit in federal court in Greenbelt challenging PGPD’s pattern and practice of unconstitutional conduct. Their lawsuit, filed with the support of the Washington Lawyers Committee for Civil Rights and Urban Affairs (WLC), the American Civil Liberties Union (ACLU) of Maryland, and Arnold & Porter, asks the court to find these PGPD policies and practices unlawful, to mandate comprehensive reforms, and to provide justice to the officers and community members who have experienced this egregious mistreatment.

“I had high expectations when I joined the department, but very early in my career I had a “MeToo” experience – I was sexually harassed by my white Field Training Officer,” said Sonya Lancaster, Member of the United Black Police Officers Association. “My complaint was sustained, but that is when the retaliation began against me. I have been targeted, blackballed, retaliated against and made an outcast because I spoke up against the mishandling of internal investigations and biased treatment against people who filed complaints on white officers. I spoke up when I saw African Americans fired and disciplined without just cause, while white officers who engaged in real misconduct were promoted up the ranks over and over again. I took an oath to serve my community not to be part of the police department in wrongdoing.”

The discrimination and retaliation within the Prince George’s County Police Department are entrenched and systemic. This longstanding failure of leadership in the PGPD has worsened under Chief Henry Stawinski, allowing dominance by white officials, fostering racist conduct and retaliation against officers and community members of color, and undermining the effectiveness of the department to serve a community whose residents are 80 percent Black and Latinx. These issues are longstanding and part of the culture of the PGPD. Despite having been put on notice of discriminatory practices, Chief Stawinski has nurtured an environment where racist conduct that is unacceptable in today’s society is allowed to persist and flourish. White officers are let off the hook for misconduct against the community, while Officers of Color face serious consequences in retaliation for taking a stand against abuse.  This racist and corrosive culture has further eroded public trust in the police and undermined public safety in Prince George’s County.

“To this day, the current administration has continued to retaliate against those who raise concerns by vilifying complainants, arranging unwanted transfers, and sending a clear message throughout the agency that this is what happens when concerns of racial bias and inequity are raised,” said Joe Perez, President of the Hispanic National Law Enforcement Officers Association. “Over the past three years, the police department has lost the ability to fairly and impartially investigate its own and fully protect the community.  Our hope is that this litigation along with the Department of Justice complaint will spark much-needed positive change.”

“It feels like white police leaders in Prince George’s say, ‘what can I do to break you? To set you up and drive you out of the department?’ We formed the United Black Police Officers Association because our members were not treated fairly,” said Thomas Boone, President of the United Black Police Officers Association. “But the lawsuit we brought today is not about just the officers. It’s about the community as well. When citizens file complaints they need to be equally investigated, treated fairly, and appropriate disciplinary action needs to be taken. We are calling on the Prince George’s Police Department to enact fair policies and procedures, and we believe an immediate change in leadership at the department is needed.”

The Officers assert that PGPD should be focused on proactively reforming itself to end racially biased policing and unconstitutional practices.  That reform is undermined when officers who speak up about racist attitudes and actions within the police force experience reprisals instead of positive action. The reforms sought through the lawsuit include, 1) enhancement of policies prohibiting racial discrimination, harassment, and retaliation, 2) appointment of an independent monitor to oversee reforms, and 3) appropriate discipline imposed against officers who engage in discriminatory actions.

“There must be justice for Officers of Color who blow the whistle on racist policing practices that violate the rights of the Black and Brown residents so often targeted by over-policing and brutality,” said Dana Vickers Shelley, Executive Director of the ACLU of Maryland. “Any police department that fosters a culture of racial harassment and retaliation against Officers of Color within its ranks cannot hope to gain the community trust necessary to achieve better public safety. Officers who speak out against misconduct and racism should be praised not punished.”

“We ask officers to serve their communities justly and without bias. They are entitled to the same in the workplace,” said Jonathan M. Smith, Executive Director of the Washington Lawyers’ Committee for Civil rights and Urban Affairs. “Despite the culture of retaliation within the Prince George’s Police Department, the officers bringing this suit are courageous in stepping forward to take a stand against the racism that infects the Department. They are determined to make the department transparent, accountable and responsive to officers of color and the community.” 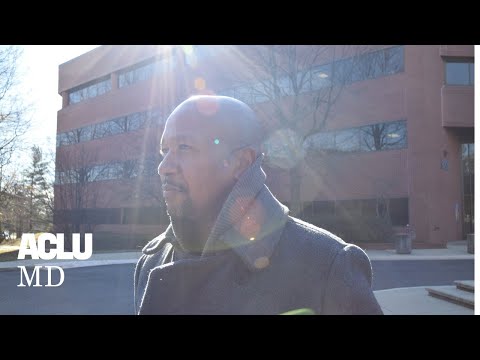 Stop The Race Discrimination And Retaliation Against Officers Of Color