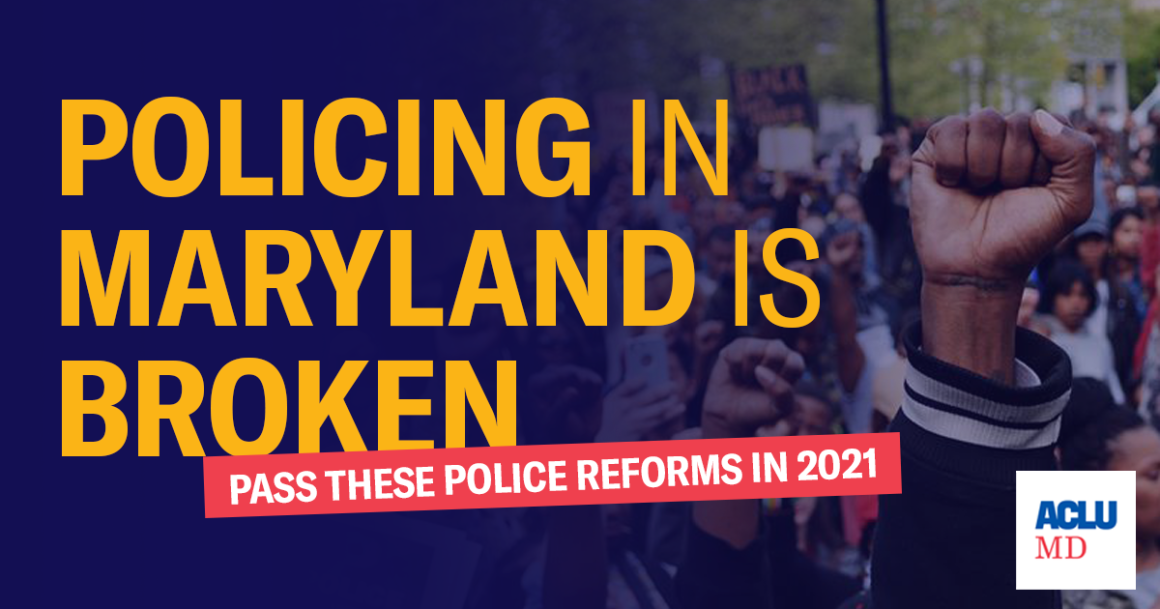 ANNAPOLIS, MD – As Senate Judicial Proceedings Committee hearings begin this week on policing, the American Civil Liberties Union (ACLU) of Maryland is running full page ads in the Afro American Newspaper, the Washington Post, and the Baltimore Sun making clear that the package of reforms that have been announced by Chairman Will Smith do not go nearly far enough to protect Black lives and rights in our state.

The following can be attributed to Yanet Amanuel, Public Policy Advocate for the ACLU of Maryland:

"The package of reforms that have been announced do not represent the collective thinking of advocates who have been engaged in this work for many years, and more importantly, does not represent individuals whose lives and loved ones have been impacted dramatically by the deep flaws in our current system of law enforcement. Chairman Smith, as the point person of this process, did not make space for a collaborative approach to the layout of these hearings. As a result, most of these bills miss the point. Some bills are fine, some are meaningless, and others are just bad. But in their entirety, they miss the point: Power over law enforcement must shift into the hands of the community. We must end the practice of police policing themselves. Anything that doesn't achieve that is insufficient.”

A large, diverse coalition of over 75 groups from across the state are calling on Maryland legislators to support strong, renewed demands for police reform and accountability. Following the police killing of George Floyd and the national outcry that followed, and the continued police killing of Black Marylanders, elected leaders have issued countless statements, social media posts, and other expressions of solidarity with Black Marylanders who have suffered police abuse. Now, legislators must act on those words and pass at least five impactful police reforms during the next Maryland General Assembly Legislative session:

Organizations Calling for Police Reform Include: