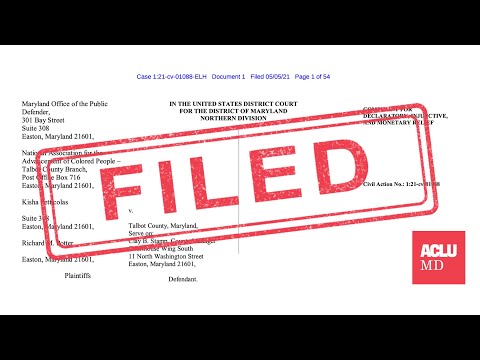 The Maryland Office of the Public Defender, the Talbot County Branch of the National Association for the Advancement of Colored People (NAACP), attorney Kisha Petticolas, and community activist Richard M. Potter joined with the American Civil Liberties Union of Maryland and the Washington, D.C. law firm Crowell & Moring LLP to file suit in federal district court in Baltimore challenging as racist and illegal Talbot County’s placement and retention of a Confederate monument on the grounds of the county courthouse in Easton — the last on public land in Maryland.

The lawsuit demands immediate removal of the racist Confederate statue from the county courthouse lawn in Easton, Maryland. The plaintiffs make it clear that “Talbot Boys” is a monument to white supremacy with no place on the public square.

From the filed complaint:

“By this action, plaintiffs ask the Court to rule that a statue glorifying the Confederacy on the lawn of the courthouse in Talbot County, Maryland, is both unconstitutional and illegal under federal law and the laws of the State of Maryland.”

That any government in the United States would continue to maintain the symbolism of white supremacy and promote a legacy of racial subjugation should shock the conscience. That Talbot County does so on a courthouse lawn—a place of prominence that holds itself out as the seat of justice in the county; a place that county citizens pay for and maintain with tax dollars, including the tax dollars of its Black citizens who are overtly denigrated and humiliated by the statue—only compounds the unconscionability of the statue and illuminates its illegality. The so-called ‘Talbot Boys’ statue—an homage to traitors to the United States and to the State of Maryland, who fought to sustain the enslavement and subjugation of Black people and to tear apart the Union—cannot remain on government property consistent with the core promise of the Fourteenth Amendment to all Americans: equality under the law."

The Maryland Office of the Public Defender, the National Association for the Advancement of Colored People, Kisha Petticolas, and Richard M. Potter are represented by attorneys Daniel W. Wolff, David Ervin, Kelly H. Hibbert, Eric Ashby, Suzanne Trivette, and Tiffanie McDowell of Crowell & Moring LLP, and Deborah A. Jeon, Legal Director of the ACLU of Maryland. 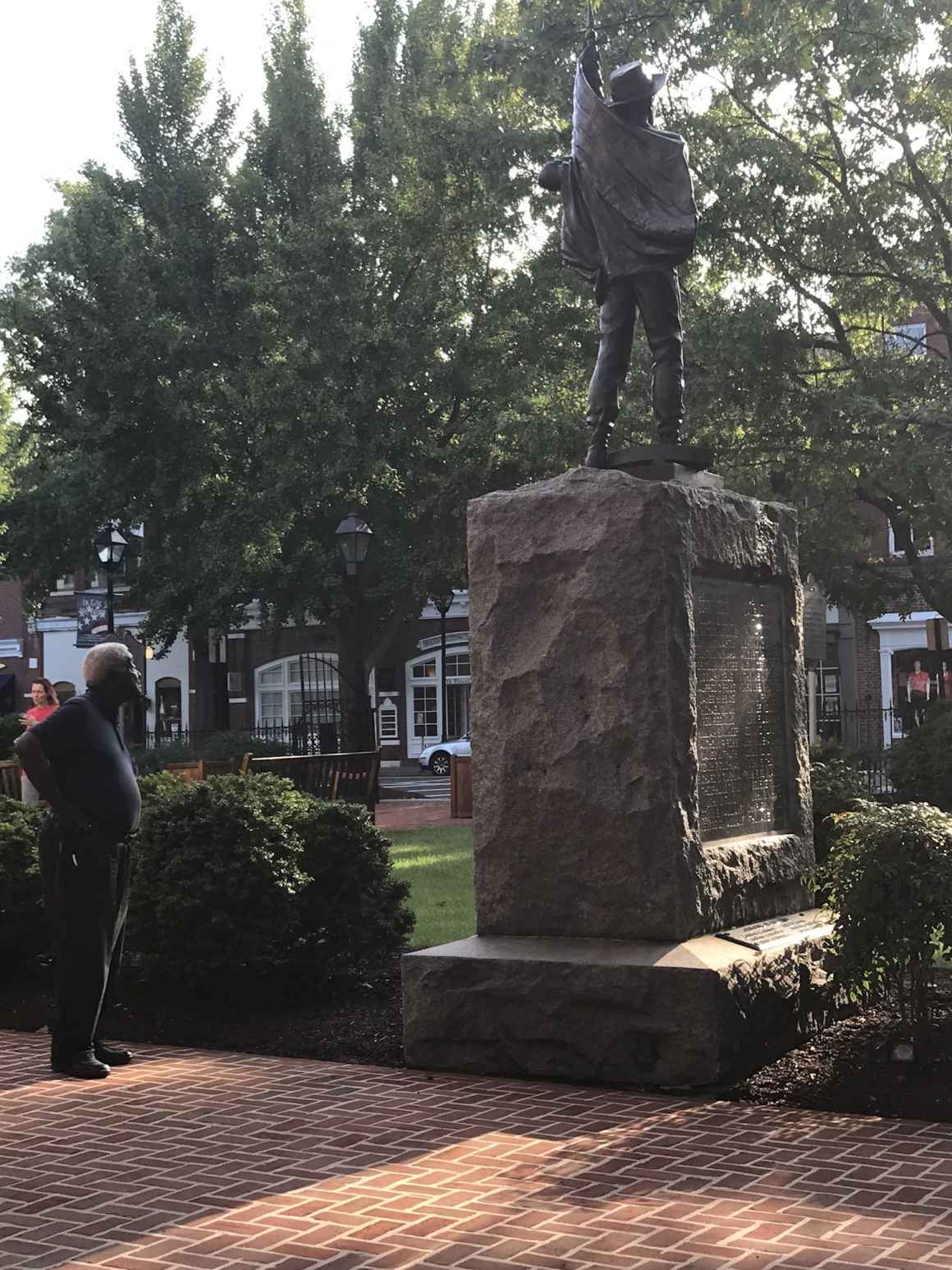