At the end of August, families and community members gathered for another round of school ribbon cutting celebrations in Baltimore City. This school year, two buildings have opened up, with three more coming in January.
At one of the school ribbon cutting events, Arlington Elementary Middle School student Eric Rosa Lopez proudly said, “I belong to Arlington Elementary Middle School. I feel like it’s my second home because I’ve spent part of my childhood here… I’m very excited to come back to Arlington Elementary Middle School today because I know we’re going to have new classrooms, new computers, that we will learn technology and many things.”
Students, parents, and advocates, including the ACLU of Maryland, have been calling on state and city elected officials to work together to solve Baltimore’s school facility crisis for nearly two decades. Seeing that the current funding system would not adequately address the problem, the ACLU released a report that highlighted the poor conditions of city school buildings and exposed the state's inequitable school construction funding program. The report also offered financing solutions to establish a large scale school construction program for Baltimore, which inspired a citywide community campaign that successfully advocated for the 21st Century Schools bill in 2013. This program is estimated to generate $1 billion to rebuild 28 schools in the city by 2022. 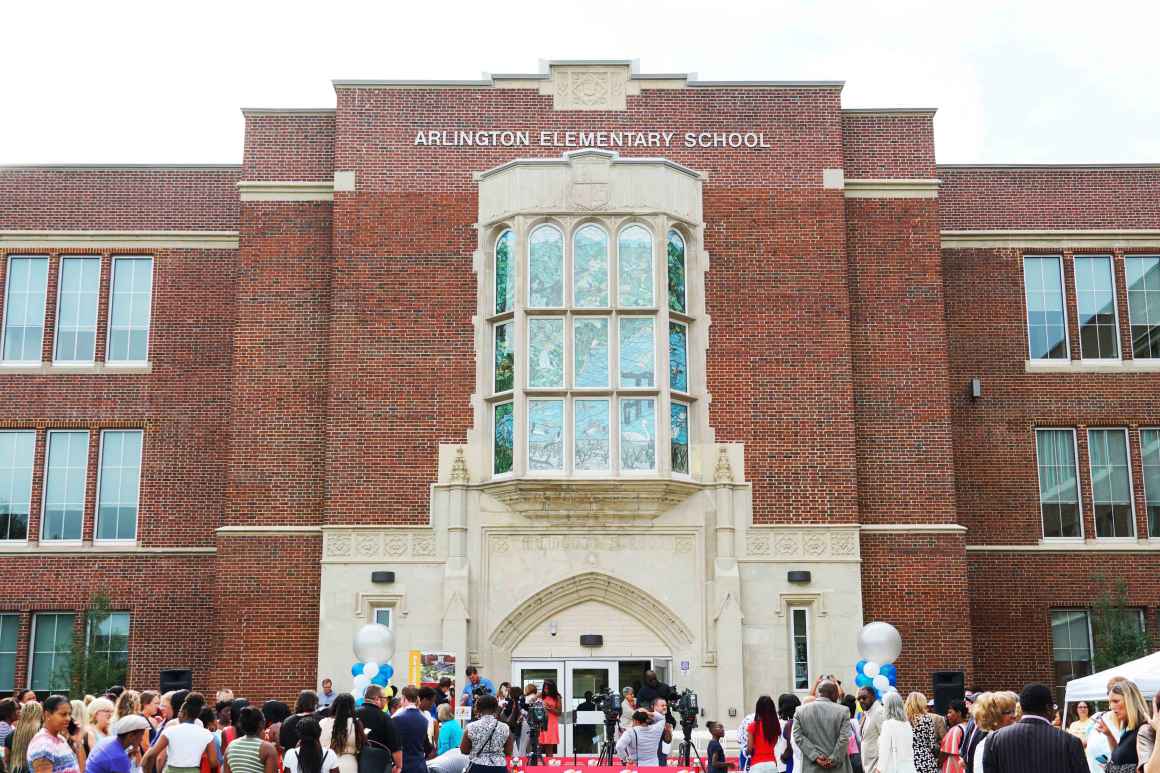 Photo by Nicole McCann
“The 28 new schools will provide bright, healthy, and fully equipped learning environments for nearly 20,000 Baltimore students,” said Frank Patinella, Senior Education Advocate for the ACLU of Maryland. “It is unfortunate that we have to go back to court under the Bradford case to ensure that the state constitutional rights of the other 50,000 students are fulfilled.” 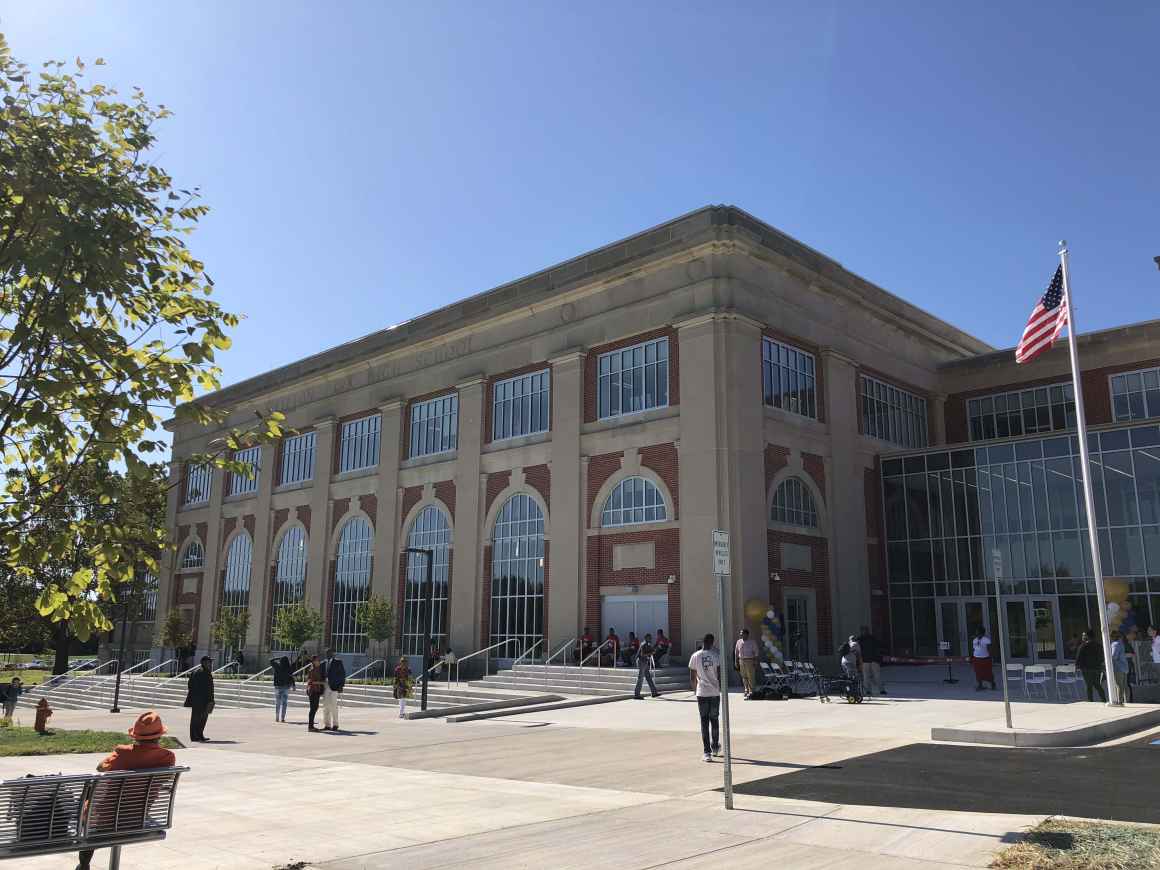 Photo by Nicole McCann
So far, eleven of the 28 school buildings have opened! However, tens of thousands of Baltimore schoolchildren continue to be subjected to deficient, unhealthy, and unsafe conditions in the 100 school buildings that will not be touched by this program. Baltimore City Council President Brandon Scott said during the opening of the Arlington Middle Elementary School, “It’s unacceptable that every student doesn’t go to a school like this one.”
On average, City school buildings are more than 40 years old and in very poor condition according to industry standards. Many parents in Baltimore City have concerns about the conditions of the schools their children attend – for good reasons. While faulty heating systems and lacking AC dominate the headlines, leaking roofs, deficient electrical and fire alarm systems, and dysfunctional elevators are also prevalent and disrupt learning. Most schools in Baltimore City need a full renovation or replacement. 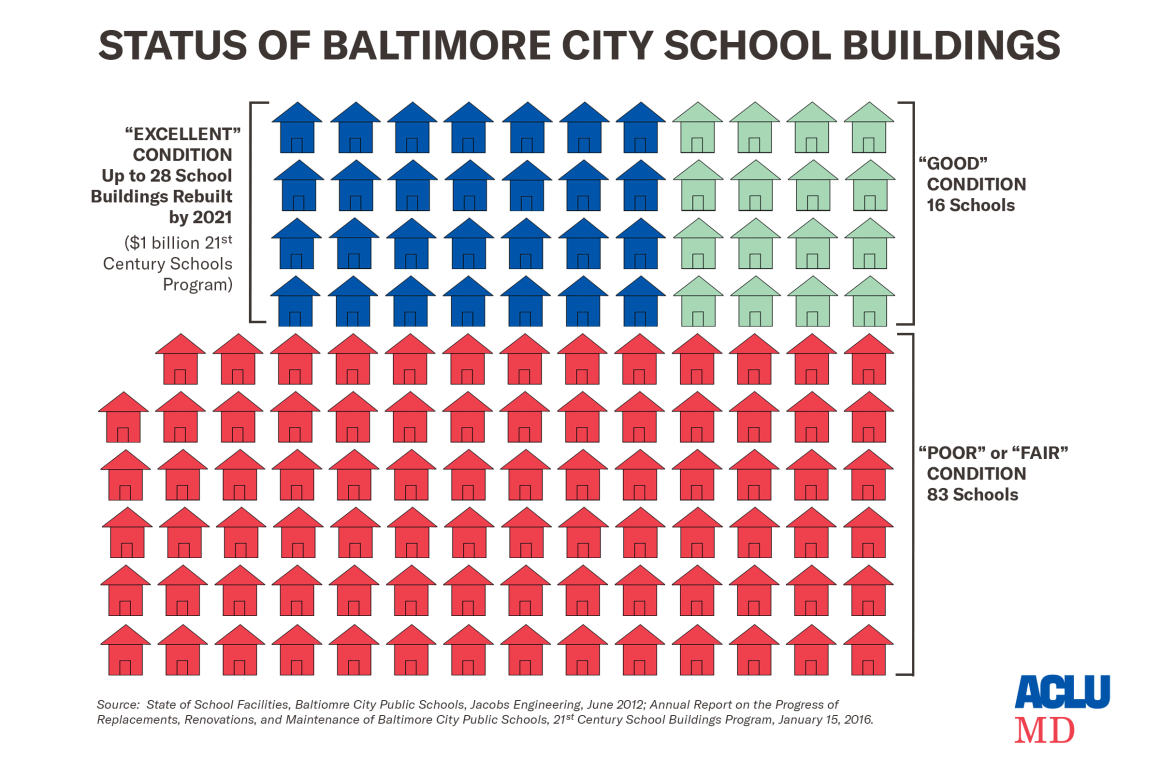 Under the Maryland Constitution, the State is required to provide a “thorough and efficient” education to all of Maryland’s public school students. Families and community members want to feel reassured that they are sending their children to schools that have adequate and up-to-date building conditions, which is why a group of concerned parents joined the ACLU of Maryland and the NAACP Legal Defense and Educational Fund to file a petition in March 2019 for further relief from the state in the historic Bradford vs. Maryland State Board of Education lawsuit.
The Bradford lawsuit, originally filed in 1994 against the state of Maryland, successfully contended that more funding was needed to ensure that a constitutionally sufficient education could be provided to Baltimore City students. The State passed a new education funding law in 2002 — Bridge to Excellence Act of 2002 also known as the “Thornton” funding formula — which was designed to ensure that Baltimore schools, and schools statewide, received adequate funding to support an excellent 21st century education. Currently, the Kirwan Commission is updating the Thornton formula in order, with the goal of equitably fund all school programs in Maryland. However, the State reneged on its promise and cut “Thornton”, which has caused significant losses in staff and resources in city classrooms over the past decade. Further, state funding for school infrastructure improvements has fallen far short of the need and if the current trend persists, tens of thousands of city students will continue to be subjected to unhealthy, unsafe, and inadequate building conditions for decades to come. The new Bradford petition seeks to ensure that the State: (1) follows through on its promise to provide sufficient funding for educational programming; and (2) provides a funding remedy for the 100+ schools that still need to be rebuilt or renovated.
The decades-long underfunding of childrens’ education in Baltimore City takes a real educational, physical, and psychological toll on students. The investment that State leaders make in the education of children in Baltimore City, who are mostly Black and from families living in poverty, really matters. Disinvestment from the state shows a lack of care, as well as disregard for the constitutional rights of children. 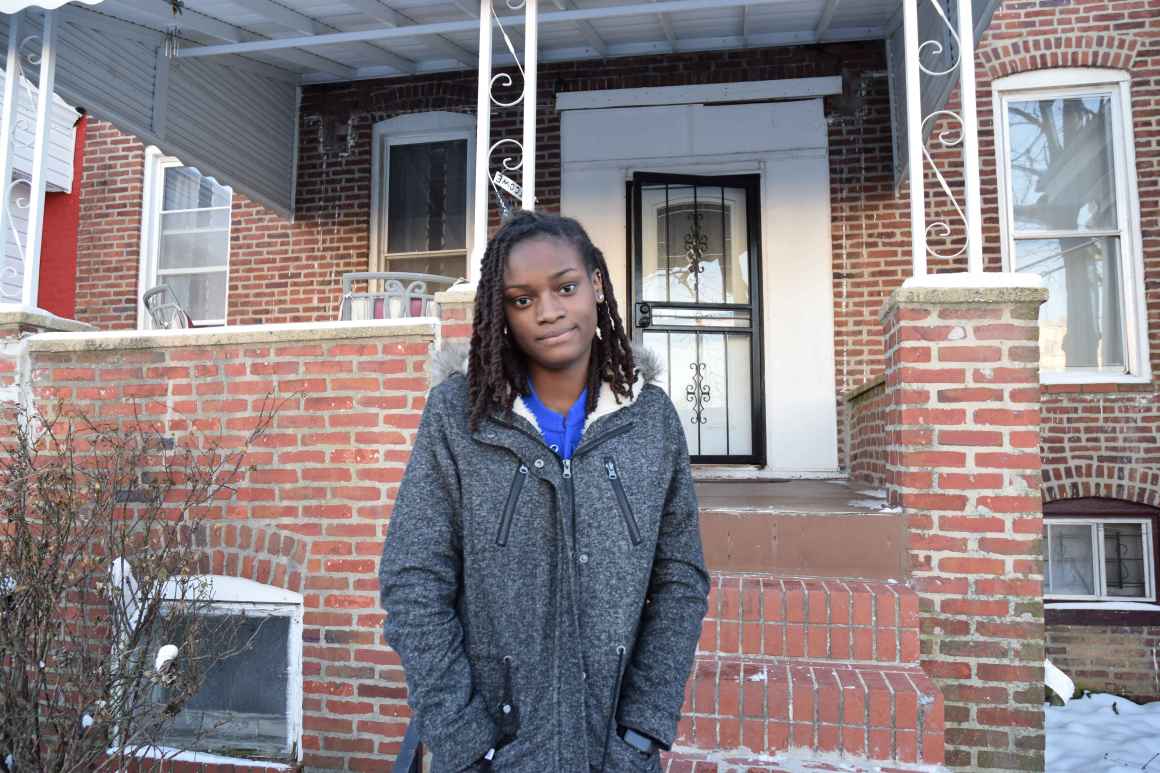 Photo by Amber Taylor
Deshawna Bryant, graduate of Baltimore City High School, said, “Students in Baltimore also have dreams. And just because some of us aren’t rich enough to have those dreams come true doesn’t mean they should be taken away from us.”
Parents and community members are fighting outside and in the courts to ensure that another generation of Black and Brown students in Baltimore City are not held back from realizing their dreams because of unconstitutional and inequitable education funding.
The latest school ribbon cutting events in Baltimore proved to be an impactful and emotional time for the community. Sonja Santelises, CEO of Baltimore City Public Schools, said to the families present at the event, “We have to, as a community, commit to THIS as the standard our young people deserve.”
Let’s fight to make modern school buildings a reality for all children.
Learn more about the Bradford case here.
Related Issues